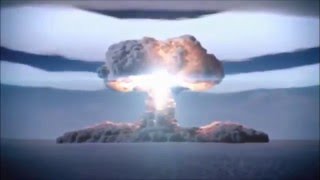 Although President Trump is not responsible for the complete failure of the US to stop North Korea from becoming a nuclear power, his bellicose threats against North Korea and the acceleration of Pyongyang's missile and nuclear program have dangerously increased regional tension. The conflicting messages emerging from the White House, the lack of coordination with the Department of Defense, and the absence of effective diplomacy point to a total lack of a coherent strategy to deal with North Korea. It is time for the US to accept the reality that North Korea is a nuclear power. Short of a massive military attack on its nuclear facilities, which is unthinkable, no diplomatic efforts or incentives will compel Pyongyang to give up its nuclear arsenal, as the history of the conflict has demonstrated.

Instead, the US must now focus on diplomatic means to prevent North Korea from completing the development of a deliverable miniaturized nuclear warhead on an ICBM that would put the US and its allies at an unacceptable risk. This must be the red line that the regime should not be permitted to cross, and it may well be the only concession that North Korean leaders will be willing to make in return for several concessions -- especially the retention of their nuclear weapons.

The lack of a comprehensive strategy to deal with the North Korean threat was sadly demonstrated by Trump's off-the-cuff bellicose statement, "North Korea best not make any more threats to the United States. They will be met with fire and fury like the world has never seen," or his tweet that followed, suggesting that "Military solutions are now fully in place, locked and loaded, should North Korea act unwisely. Hopefully Kim Jong Un will find another path!"

Defense Secretary Mattis added fuel to the fire when he stated that "Any [North Korean] threat to the United States or its territories, including Guam, or our allies will be met with a massive military response, a response both effective and overwhelming [emphasis added]." None of these threats deterred North Korea. On the contrary, it responded by firing an ICBM that could theoretically reach the US followed by exploding what is believed to be a hydrogen bomb hundreds of times more powerful than the nuclear bomb dropped on Hiroshima, Japan.

For the following reasons, Pyongyang has concluded that the US will not go to war over its nuclear program because of its dire implications, which was also echoed by several senior US officials.

The administration's concerns are not limited only to the horrifying devastation that such a war will inflict on the US' allies, especially South Korea and Japan, but the ominous destabilization of Southeast Asia that would put China and the US on a collision course, among other horrendous developments.

The US chose not to deploy additional naval and air assets to current forces stationed in the area, which raised serious doubts in the mind of Pyongyang about the US' credibility to use force. Instead, the Trump administration pushed for additional sanctions, which North Korean leaders anticipated and have managed to live with for decades.

Despite US pressure, China was and still is unwilling to force North Korea to abandon its nuclear program. China can live with a nuclear North Korea; it does not want to see the collapse of the North Korean regime fearing waves of refugees, and it does not want an increased American military presence in its hemisphere.

Moreover, contrary to US belief, China's influence on Pyongyang is limited, knowing that North Korean leaders would adhere to their wishes only up to a point. They will, however, stand fast to protect their nuclear weapons because they believe their very survival rests on the possession of such weapons -- and they will never put them on the negotiating table.

North Korea also knows that South Korea does not want any military conflagration because it has the most to lose. The South Korean regime has time and again indicated its willingness to negotiate even in the midst of the boisterous exchange of threats between Washington and Pyongyang, to the chagrin of Trump.

Contrary to the view expressed by US Ambassador to the UN Nikki Haley who stated that Kim Jong Un is "begging for war," he is not. He knows that the US will not rush into a war unless he attacks the US or any of its allies' territories, which he will not even contemplate knowing that his country could potentially be wiped out by massive US retaliatory strikes.

Finally, Trump's warning that "The United States is considering, in addition to other options, stopping all trade with any country doing business with North Korea" would be impossible to implement, especially with China, whose trade with the US runs into the hundreds of billions of dollars. In any event, it will be counterproductive as the US needs China's support in dealing with North Korea.

To prevent further escalation of the conflict, the US needs to eventually accept the new reality of a nuclear North Korea just as it had come to terms with both India and Pakistan as nuclear powers, which created mutual deterrence and brought an end to the conventional wars between the two countries.

Indeed, the real threat to the US and its allies does not emanate from North Korea's possession of a nuclear arsenal, but from the development and deployment of ICBMs mounted with miniaturized nuclear warheads that could reach not only US allies, but the US mainland itself. To remove this threat, the US should negotiate directly with North Korea and reach an agreement that would freeze further development of such technology, which China would certainly support.

Related Topic(s): North Korea; Nuclear Disarmament; Nuclear Energy- Weapons; Nuclear Powers; Nuclear Talks; Sanctions, Add Tags
Add to My Group(s)
Go To Commenting
The views expressed herein are the sole responsibility of the author and do not necessarily reflect those of this website or its editors.