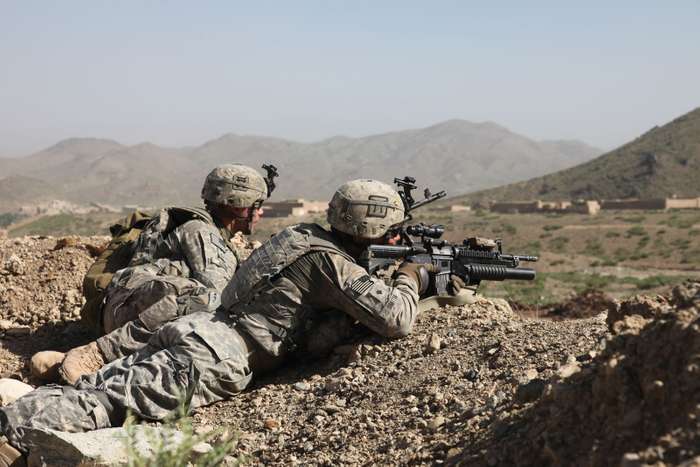 But it might just score you a Pulitzer Prize.

Award bait and bragging rights are no doubt the principal goals of The Washington Post's self-congratulatory data dump, "The Afghanistan Papers." As the headline implies, the 2000 pages that a court ordered the Office of the Special Inspector General for Afghanistan Reconstruction to release to Jeff Bezos' newspaper paints a Robert McNamara-esque portrait of not-so-best-or-bright Bush and Obama Administration bozos privately admitting what they knew all along -- that the U.S. invasion and occupation of Afghanistan was always an unwinnable, counterproductive mistake -- at the same time they were telling the American people that victory in the post-9/11 "good war" was right around the corner. All we had to win was win Afghan hearts and minds.

"The [I.G.] documents also contradict a long chorus of public statements from U.S. presidents, military commanders and diplomats who assured Americans year after year that they were making progress in Afghanistan and the war was worth fighting," the Post reported. "Several of those interviewed described explicit and sustained efforts by the U.S. government to deliberately mislead the public. They said it was common at military headquarters in Kabuland at the White House -- to distort statistics to make it appear the United States was winning the war when that was not the case."

"The Afghanistan Papers" is a bright, shining lie by omission. Yes, our military and civilian leaders lied to us about Afghanistan. But they could never have spread their murderous BS -- thousands of U.S. soldiers and tens of thousands of Afghans killed, trillions of dollars wasted -- without media organizations like the Washington Post, which served as unquestioning government stenographers.

Press outlets like the Post and New York Times weren't merely idiots used to disseminate pro-war propaganda. They actively censored people who knew we never should have gone into Afghanistan and tried to tell American voters the truth.

I was among the tiny minority of journalists and commentators who opposed the Afghanistan war from the very beginning. Nine days after 9/11, I published the first of my cartoons pointing out that Al Qaeda was in Pakistan, not Afghanistan, so there was no moral or legal justification for invading. As the war dragged on I pointed out that the men and women in charge of the war didn't have a clue about Afghanistan or the Afghan people. According to "The Afghanistan Papers," those men and women knew they were screwing up, wouldn't admit their ignorance and refused to bring in experts.

I went to Afghanistan to check things out for myself. It was obvious the U.S. didn't stand a chance there. "The principal goal of this adventure in imperialistic vengeance, it seems obvious, should be to install a friendly government in Kabul. But we're winning neither hearts nor minds among either the commoners or the leadership of the current regime apparent," I wrote from Afghanistan on December 11, 2001. "And so we've lost this war, not because they're good or we're not, but because of who we are. The American Empire can't spend the bodies or the time or the cash to fix this crazy-ass place, because in the final analysis, election-year W. was right -- we're not nation builders...we ought to tally our dead, write up our losses, and count ourselves lucky to still be called a superpower." My piece, for The Village Voice, was titled "How We Lost Afghanistan."

It was published 18 years ago. But not in the Post. They didn't want to hear what lefties like me had to say.

Afghanistan was not a passing fancy for me. I wrote hundreds of essays and drew hundreds of cartoons urging an end to the madness. It was lonely. Even Democrats liked the Afghan war; they called it the right war while Iraq was the dumb one.

I went back to the country, traveling independently as an unembedded reporter, several times. I wrote the first book about the U.S. invasion of Afghanistan, the only book about oil pipeline politics in that country, a book placing Afghanistan in the context of Central Asia, and yet another book comparing the state of Afghanistan when Obama said we were pulling out -- another lie -- with how it was at the start of the war.

What was my reward for being right while everyone else was wrong? Hundreds of death threats. Getting fired by my client newspapers and magazines. It's hard to believe now but back in 2004 George W. Bush was popular and being compared to Winston Churchill; that was the year that the "liberal" New York Times and Washington Post stopped running my work.

Related Topic(s): Afghanistan War; Government Accountability; Government Lies; Media; Warmongers; Washington Post, Add Tags
Add to My Group(s)
Go To Commenting
The views expressed herein are the sole responsibility of the author and do not necessarily reflect those of this website or its editors.