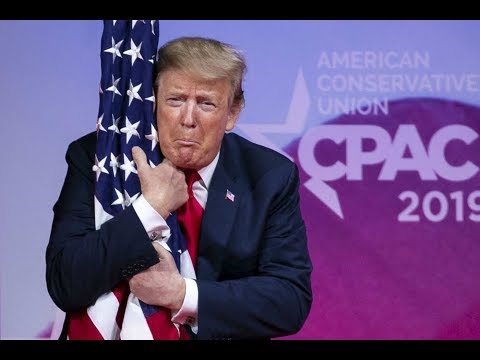 "Recently a friend, former student and Trump supporter emailed to chide me for saying that Donald Trump was a threat to American democracy," a retired history professor in Kentucky wrote in his local paper.

The prof had called Trump "an existential threat to the constitutional republic" in a previous column. Not so, insisted the ex-student, who said he backed Trump because of his "policy, not personality."

The prof didn't say what "policy" his ex-student likes.

I wondered. Was it big tax cuts for the rich? Union-busting? Rolling back laws protecting worker safety on the job? Ditching laws safeguarding consumers and the environment against the greedy excesses inherent in unfettered red-in-tooth-and-claw capitalism? Denying climate change? Scorning science?

"Personality?" Trump is a serial liar, a narcissist and a bully who viciously mocks anybody who dares disagree with him.

He worships power and fawns over authoritarians, whose paranoia he shares. He calls the media -- except Trump TV and right-wing radio -- "the enemy of the people" and purveyors of "fake news." (Hitler and the Nazis called the anti-Nazi press Lugenpresse -- "lying press" -- which Trump rally goers have yelled at reporters who were present.)

Trump's also a hypocrite who never misses a chance to tout God and country. Yet he's evidently cheated on all three of his wives. He's foul-mouthed in public, has publicly shown his ignorance of the Bible, and seldom goes to church. He literally has smiled and hugged the stars and stripes on a stage before his fans, but he assiduously avoided the draft and Vietnam via college deferments, plus a medical deferment for his dubious claim that he had bone spurs on his heels.

Of course, the former student isn't the only Ever Trumper to try to separate the president's "policy" and "personality."

The ex-student's alibi for backing Trump reminded me of John Hennen, another retired Kentucky history professor. "The most reasonable answer you'll get [from an Ever Trumper] is 'Oh yes, he's a prick but the economy is doing so well!'" he said for one of my musings.

It's like saying, "Hey, Mussolini was a dictator who shot, tortured and jailed his opponents but made the trains run on time; and Hitler was a likewise a homicidal dictator and genocidal mass murderer, but he eliminated unemployment and Made Germany Great Again."

Maybe the ex-student's stock portfolio and 401(k) are flourishing -- for now -- under Trump.

A lot of rich business folks are riding the Trump train. The same groups in Italy backed Mussolini and in Germany rallied to Hitler.

Related Topic(s): Hitler; Mussolini; Threat To World Peace; Trump; Trump Against Democracy; Trump Anti-christ; Trump Liar; Trump Tyrant, Add Tags
Add to My Group(s)
Go To Commenting
The views expressed herein are the sole responsibility of the author and do not necessarily reflect those of this website or its editors.