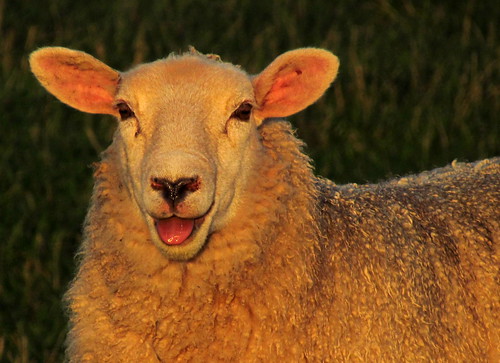 Silence of the Lamb
(Image by Ozzy Delaney)   Details   DMCA

In Jonathan Demme's superb 1991 film "The Silence of the Lambs" homicidal manic Hannibal Lecter (Anthony Hopkins) asks FBI agent Sparrow (Jodie Foster) about the killing of the Spring lambs. She relates how the lambs all went to their slaughter in silence. Such it is with most of our Amerikan public, under the command of our current Empire. Many go forth to their demise in relative apathetic silence:

* Half of our tax money goes down the rabbit hole of military spending, with few complaints or perhaps even FULL RECOGNITION of this fact from the Congress, the mainstream media and of course John and Joan Q Public.

* This new ' Tax Reform Bill' AKA ' Giveaway to the Super Rich, the Corporations and the Pentagon' will cut more and more of the once cherished ' Safety Net ' while not one word of how much is still being spent on the military.

* The propaganda spin that ' We are at war' will continue to mesmerize most of the public and of course the media and Congress. We have NOT been officially ' At war' since Congress last declared war was in 1945.

* Our military operates out of over 1,000 bases in over 100 different countries, and we still occupy Afghanistan and parts of Iraq... ILLEGALLY!

* All of our sporting events still spend the opening minutes in celebration of our military even though we are NOT at war!

*Many of our neighbors drive around with cars carrying specialized license plates honoring our military, as if we are still ' At war'.

Related Topic(s): Iran; Korea; Media; Military; Money; Pentagon; Public; Syria; War, Add Tags
Add to My Group(s)
Go To Commenting
The views expressed herein are the sole responsibility of the author and do not necessarily reflect those of this website or its editors.