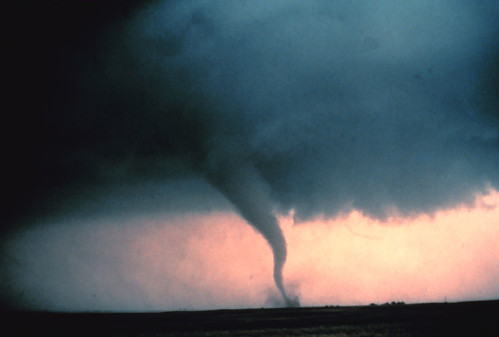 This writer lived through a major hurricane assault, when Mathew trampled through Port Orange, Florida on October 7th of last year. We were lucky while being the unlucky neighbors in our 50 unit sub community. As we laid on the master bedroom floor with our two frightened kittens, 100 mph winds tore a pine tree and sent it flying through our roof. Moments earlier, I had crawled to our bedroom window, pulled down the shade and watched the pine trees five yards from our townhouse. They were already waving like a flag on a frigate. I turned to my wife and actually said: "If one of those trees crashes into our bedroom, we'll all be dead! Lucky for us, the unlucky family, nature chose the upstairs bedroom to have the tree go flying through its ceiling. Two hours later, after having used every towel and comforter we owned to soak up the monsoon like buckets of rain flowing down our walls and ceilings, we finally evacuated.

My heart goes out to those poor souls in Houston who have had such an assault by Mother Nature's excessive rains. Having to use rowboats to travel down what was once residential streets, and seeing one's home or apartment underwater, with everything being destroyed, is so sad. Many will say "Thank God for FEMA" , even though FEMA had not the resources after October 7th of last year, or after Hurricane Sandy, or Hurricane Katrina, and especially now in Houston. Why? Ask the moronic warmongering and embedded politicians (and ALL the ' Commanders In Chiefs ') who kept and keep thinking that over $500+ billion PER YEAR in YOUR tax dollars is more vitally spent by this Military Industrial Empire ! After all, we need those phony wars with our over 1000 military bases in over 100 different countries! We need to keep developing overkill WMDs (like the Mother of ALL Bombs) to show the Russians and especially the Chinese that WE will keep control of the Middle East oil, gas and natural resources... and have OUR USA dollar as the prime means of currency. For that in a nutshell is what this obscene militarism and its obscene funding is really all about. Screw the peoples of New Orleans, New York City, Daytona Beach Florida and Houston Texas!!

To this writer my experience with FEMA had been a sick joke. After the hurricane destroyed our home, and we had to live elsewhere for over FIVE months, we begged FEMA to help us. NO! Their estimators said sorry on our need for funds to supplement our shitty homeowners insurance (Did you know that our policy did NOT even cover spoilage from our freezer and refrigerator?). Sorry, you don't qualify, they answered us in their rejection letter. Meanwhile, right after the hurricane my wife began having panic attacks (which she NEVER experienced in her 50 + years on earth) with no health coverage other than lousy hospitalization (another victim of the 'too expensive private insurance' under Obama Care). We sent in claims to FEMA for reimbursement for the semi successful acupuncture and Chinese herbs treatments from our Doctor of Chinese Medicine. FEMA did the usual rejection and double talk to justify their reaction. So, we had to go to Senator Nelson's office and found a 'gem' of a young staffer who had the empathy for us that ALL elected officials should have (and 99% don't). He contacted FEMA after the 2nd rejection letter by them, and put on the pressure needed. They finally rescinded their rejection and reimbursed us.

Why did FEMA do what it did to us, and do worse for millions of others in disaster areas? THEY DON'T HAVE THE BUDGETING NEEDED! Plain and simple folks! FEMA has become, to a certain extent, a public relations outfit. They send out hundreds of field reps to sign people up after a disaster and then reject or underpay them for damages etc. Look at Houston. FEMA could not get the proper cots needed to supply the shelters. Why? NOT ENOUGH FUNDING! Now, the lousy Congressman Ryan states that he wants to cut more money out of FEMA to what... pay for Trumps asinine wall! You won't hear Ryan or Trump or really any of the so called 'Feel your pain' Democrats coming before the cameras and demanding that this obscene military spending be CUT NOW, drastically, and sent back to fund the myriad of 'safety nets' we need here at home. Wake up folks and understand why many of us suffer unnecessarily.

Related Topic(s): FEMA; Wars, Add Tags
Add to My Group(s)
Go To Commenting
The views expressed herein are the sole responsibility of the author and do not necessarily reflect those of this website or its editors.