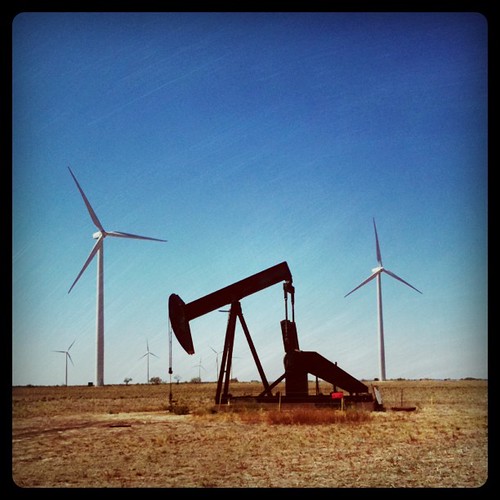 For decades, scientists have been sounding a wide variety of dire warnings about what the laws of physics predict is bound to happen if we continue burning fossil fuels, even at less than half of our present rate. . .

A fifth of Bangladesh - the most heavily populated part - is less than four feet above sea level, and could end up underwater later in this century as sea level rises and the country's monsoons become stronger. Since that country's population of nearly 200 million is one of the largest in the world, rendering a big chunk of it uninhabitable would be a particularly big deal - but it's only the tip of the iceberg (or in this case, glacier). And as I noted in my previous column, by the end of the century the miles-deep glaciers covering big sections of Antarctica and perhaps Greenland may be collapsing into the ocean. . . and coastal areas around the world and entire low-lying countries will be doomed to disappear permanently beneath the waves, because once started, such collapses would be unstoppable. Those coastal areas include a major fraction of the entire world population and most of the world's major cities (which again tend to be barely above sea level, because they often sprung up on river mouths and other ocean ports).

And in 2015, MIT scientists predicted that heat waves would become so much more extreme by later in this century that people literally wouldn't be able to survive outdoors for very long in some parts of the Persian Gulf and North Africa. . . Even a healthy person sitting in the shade would die. Many news stories commented that entire countries would become essentially uninhabitable. (Imagine millions of deaths if the power grid overloaded because of a record heat wave, and knocked out all air conditioning.)

Various other warnings involve our world's food supply. Coral reefs are already dying as the ocean warms too much - and that's actually a big problem because those reefs support far more than their share of the ocean's fish, which hundreds of millions of people rely on for food. CO2 from burning coal or oil also has the same effect on the oceans as the CO2 added to soda to make it fizz: it makes them acid - and the shells of our shellfish are already dissolving as a result. And recent studies suggest that climate change is already noticeably cutting the yields of some of our major food crops, while a 2016 study funded by the USDA made a big splash in the news by predicting that Iowa's cornfields would grow up to 50% less corn by late in this century if nothing was done to halt climate change.

Droughts are also predicted to get much more frequent and worse - and already, up to 20 million people had faced death in the 2017-2018 drought in northeast Africa if they couldn't get enough food aid. Although that drought may not have been due mainly to climate change, that only shows that the potential death tolls from future, even worse, droughts that will be caused or greatly worsened by climate change could each far outstrip that of the Holocaust.

However, I promised another peril that almost no one is talking about, and all of those have been making the headlines. . . So what other major perils have we been overlooking?

To start with, you don't have to be a scientist to predict that when all of those bad things happen to people around the world - billions of people, not mere millions - they're likely to wonder whether anyone screwed up and is to blame for their misery, their economic losses, the gradual drowning of many of their major cities and other parts of their country, their food shortages, and the steadily mounting death toll. (Imagine you were in their shoes. . . Wouldn't you wonder if someone might be to blame?)

Unfortunately for us, the U.S. is bound to be the first candidate to come to mind: Even though we are currently responsible for only a sixth of the world's CO2 emissions, we were the single biggest culprit for several decades. . . and now President Trump has pulled our country out of the world's last-ditch effort to avoid the worst of the damage, making the U.S. the only country in the entire world to reject the Paris Treaty's agreement to fight climate change. That's painted a big target on our backs. . .

And unfortunately, even a generation or two from now copies of the "Drill, baby, drill!" speech that Sarah Palin gave during our 2012 Presidential campaign will still be floating around, as will the statement by President Trump's EPA director that climate change could be a good thing. Re-airing clips those could be like pouring gasoline on a fire.

In the obvious worst-case scenario, our country would be demoted from leader of the free world to scum of the earth. And even in a more likely outcome, we may be faced with a totally unfamiliar role in the world: as second-class citizens. I'm hoping it's not already too late to avoid that - but as I noted in my previous column, we may have very little time. (When a nobleman looks down to see people approaching his castle with torches and pitchforks, it's probably too late for apologies.)

Dagmar Honigmann is in her sixties and has worked as a writer and educator. She is the daughter of German refugees who made separate middle-of-the-night escapes from East Germany after World War II, in her motherâ€™s case with help from an (more...)

Related Topic(s): Climate Change; Republicans-GOP, Add Tags
Add to My Group(s)
Go To Commenting
The views expressed herein are the sole responsibility of the author and do not necessarily reflect those of this website or its editors.