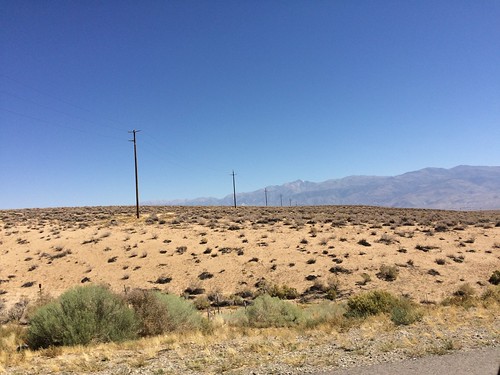 Although there has been much discussion among Democrats about impeaching President Trump, there has been amazingly little agreement about the grounds - because the President's behavior has broken so many different norms, and because the White House's secrecy has naturally led to suspicions that the reason is to conceal all manner of bad things.

Many of the President's actions are seen as far more serious and harmful than President Clinton's denial that he engaged in oral sex with an intern, and as undermining democracy itself. However, for a President to be removed, two things are necessary: he must have proven himself unsuited for his office, by committing an offense that warrants his removal for the good of the country... and enough members of his own party must agree that he needs to be removed, despite the political harm to their party and their ability to carry out the policies they believe in.

The focus so far has been on what best meets the first requirement - such as the ten or more attempts to obstruct justice that were documented by Robert Mueller's FBI investigation and that over 1,000 federal prosecutors agreed would result in felony charges for anyone other than a sitting President who couldn't be charged. Ten felonies do seem reasonable - and sufficient - grounds for impeachment. However, even if enough Congressional Republicans were to vote yes, a mostly party-line vote still seems likely - so accusations by President Trump that it was being done for political purposes, and therefore yet another "illegal coup attempt", seem downright inevitable. That would be echoed on Fox News and elsewhere, so that many of the President's supporters would merely hear that side of the argument over and over. It's hard to imagine a good outcome if impeachment is on those grounds, or many of the others that have been raised - and in a worst-case scenario, the damage to our country could be severe.

For that not to be the case, the grounds for impeachment would probably need to be very different. For example, consider the efforts by Border Patrol agents that I outlined in a previous column: two large-scale efforts to cause the deaths of migrants, undoubtedly including children. Those efforts have involved destroying probably tens of thousands of water jugs left by good Samaritans in desert areas where thousands of deaths had occurred, and arresting those good Samaritans for leaving the water. The water-jug hunts by rogue agents had been occurring under President Obama but were not revealed by the good Samaritans until shortly after President Trump took office, and the first of their arrests occurred hours afterward.

Since then, both efforts have been well publicized. From what I can tell, however, the officials appointed by President Trump (including the various heads of Customs and Border Protection and of Homeland Security) have made no effort to put a stop to either of those efforts by their staff - and President Trump's own response to thousands of murder attempts by federal agents has also been to simply let them continue. (In fact, the President jokingly agreed when a supporter proposed killing migrants directly rather than indirectly; he seemed to find the idea of even more migrant deaths amusing even though the death toll is already over 700 a year... Wouldn't hearing of such public statements in fact seem likely to encourage those rogue Border Patrol agents even further?)

It is true that President Trump has not publicly supported the efforts in question. However, he has apparently tolerated them for years. And even if we assume that was only because all of his officials concealed the news from him, there is still a big problem. Selecting one bad apple could happen to anyone, but when every relevant official responds to charges that their employees are working to commit mass murder, even of babies, with the same shocking silence and inaction, it's hard not to see a pattern in the President's selections. Are those both reasonable grounds for impeachment? If so, we have a very different type of offense... The President's toleration of those activities is harder to write off as normal presidential behavior, and an impeachment attempt is also harder to write off as just a politically motivated attack.

Instead, impeachment would represent an attempt to save many lives - and to state that we do not wish to be complicit in mass killings. Even if impeachment couldn't take place until the last day of President Trump's term, wouldn't the latter justify a "yes" vote by every member of Congress - because wouldn't a "no" vote, or refusal to conduct a vote, make our entire nation (and not just those Border Patrol agents and their superiors all the way up to President Trump) guilty of many murders?

I'm not arguing that it's necessarily the best alternative grounds for impeachment - but it shows that there are options that may prove much less devastating for our country. And Congress will probably prepare a list of charges rather than an isolated one, so it could make a good candidate for that list. If others like it show a pattern, that would just make the case for the President being removed more compelling. (And I will mention a similar example in my next column, to prove how a pattern could be shown...)

Dagmar Honigmann is in her sixties and has worked as a writer and educator. She is the daughter of German refugees who made separate middle-of-the-night escapes from East Germany after World War II, in her motherĂ ‚¬ „ s case with help from an (more...)
Related Topic(s): Border Security; Impeachment; President Trump, Add Tags
Add to My Group(s)
Go To Commenting
The views expressed herein are the sole responsibility of the author and do not necessarily reflect those of this website or its editors.

STAY IN THE KNOW
If you've enjoyed this, sign up for our daily or weekly newsletter to get lots of great progressive content.
Series: "Why Impeach President Trump?"