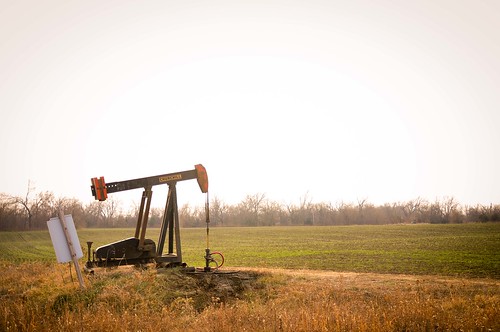 We're used to America's role as the leader of much of the world (in fact, often telling other countries what to do). We've also been used to being respected, and even looked up to, for so long that we probably can't imagine anything else. However, as I noted in my previous column, that could all come to a screeching halt in another generation, or at most two.

If today's mainstream climate change predictions are correct, people in many countries will be learning by then that some of their major cities (quite possibly including their capital) are expected to slowly sink into the ocean, and that millions of people around the world (potentially including them) are expected to die as a direct or indirect result of climate change. (In 2012, a report commissioned by 20 governments, the Climate Vulnerability Monitor, estimated that the number of extra deaths had already reached 400,000 a year - making the death toll since then half that of the Holocaust - and projected that it would pass 700,000 every year by 2030.)

A generation from now, most of the rest of the world may look up to another country such as China instead, and may follow its lead instead of ours - because they remember all too well that not just our fossil fuel burning but our leadership led to the worldwide disasters they are facing, while China has by now started working seriously to fight climate change and might even be leading international efforts in the future.

And if the people of other countries blame us, what then? They might think it's only fair that we pay them for the damage our CO2 emissions have caused, if we had emitted much more than they did. (Wouldn't you consider that argument if the situation were reversed?) There's also good precedent for such a step. . . The most notorious example involves the reparations that Germany had to pay to other European countries for the damage it caused during World War I, which essentially bankrupted the country.

Of course, we're used to thinking that other countries couldn't enforce any economic sanctions against us, so we'd simply blow off their demands. . . However, at the rate the Chinese economy is growing, in another generation it may well be several times the size of ours. If China felt that we should help pay for the damage and deaths we had caused them, and for the extremely expensive work needed to prevent even more damage and deaths, then the world's other countries would have a big stake in joining in too (because the alternative might well be that China got both its own share and theirs). It would be bad enough to be faced with pressure from a much larger economy - but how well could even we withstand pressure from most of the rest of the world too?

We could try arguing that we shouldn't be singled out and severely punished merely because we did less than our fair share in the past to fight the problem. . . Unfortunately, those other countries could easily point out how exceptional our actions were - and how we actively worked to make their problems worse.

In particular, we encouraged them to lower the targets they had originally considered committing to in the two big international agreements to combat climate change, so that we would agree to sign on. . . but Senate Republicans then blocked our agreeing to the Kyoto agreement, and President Trump pulled us out of the Paris agreement in 2017 - making the U.S. the only country in the entire world to reject the global fight against climate change. That in particular would look very bad even if we managed to get an impartial hearing in spite of nearly every country having suffered economic damage and deaths.

President Trump has also pushed to greatly expand our country's fossil fuel production, and last year we become the world's number-one oil producer. His elimination of rules that would have made cars much more fuel-efficient in the future will also affect the whole world: we will be deliberately canceling out some of the hard, and sometimes expensive, work that other countries are going to be doing to reduce their own CO2 emissions. Again, if we had to argue in an international court that we didn't owe other countries the payments they were demanding, wouldn't entering those actions as evidence be likely to hurt our case?

And unfortunately, other countries could also cite plenty of additional evidence of more modest actions by our government. To give another example of our exceptional behavior: in February 2010, the ranking Republican member of the Senate Environment and Public Works Committee, James Inhofe, indicated that he wanted at least 17 of the world's top climate scientists investigated for criminal activity because he believed that their research was fraudulent; he listed a number of federal laws that they were suspected of breaking, and spoke of referring them to the Justice Department for prosecution. In other words, he sought to have them imprisoned for the warning they had published.

A lengthy list of such actions by our government over the course of decades could paint a very unfortunate picture. . . If you're curious what other damning evidence could be presented, or don't believe it's damning, I've collected a number of examples in my next column.

Dagmar Honigmann is in her sixties and has worked as a writer and educator. She is the daughter of German refugees who made separate middle-of-the-night escapes from East Germany after World War II, in her motherâ€™s case with help from an (more...)
Related Topic(s): Climate Change; Republicans-GOP, Add Tags
Add to My Group(s)
Go To Commenting
The views expressed herein are the sole responsibility of the author and do not necessarily reflect those of this website or its editors.