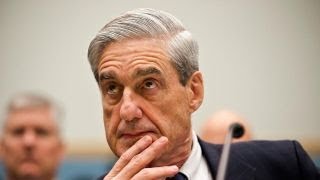 Why Robert Mueller needs to step down from the Russia investigation
(Image by YouTube, Channel: Fox Business)   Details   DMCA

Robert Mueller is either a fool, or deeply corrupt. I do not think he is a fool.

I did not comment instantly on the Mueller Report as I was so shocked by it, I have been waiting to see if any other facts come to light in justification. Nothing has. I limit myself here to that area of which I have personal knowledge the leak of DNC and Podesta emails to Wikileaks. On the wider question of the corrupt Russian 1% having business dealings with the corrupt Western 1%, all I have to say is that if you believe that is limited in the USA by party political boundaries, you are a fool.

On the DNC leak, Mueller started with the prejudice that it was "the Russians" and he deliberately and systematically excluded from evidence anything that contradicted that view.

There has never been, by any US law enforcement or security service body, a forensic examination of the DNC servers, despite the fact that the claim those servers were hacked is the very heart of the entire investigation. Instead, the security services simply accepted the "evidence" provided by the DNC's own IT security consultants, Crowdstrike, a company which is politically aligned to the Clintons.

That is precisely the equivalent of the police receiving a phone call saying:

"Hello? My husband has just been murdered. He had a knife in his back with the initials of the Russian man who lives next door engraved on it in Cyrillic script. I have employed a private detective who will send you photos of the body and the knife. No, you don't need to see either of them."

There is no honest policeman in the world who would agree to that proposition, and neither would Mueller were he remotely an honest man.

The first is the absolutely key word of Bill Binney, former Technical Director of the NSA, the USA's $14 billion a year surveillance organization. Bill Binney is an acknowledged world leader in cyber surveillance, and is infinitely more qualified than Crowdstrike. Bill states that the download rates for the "hack" given by Crowdstrike are at a speed 41 Megabytes per second that could not even nearly be attained remotely at the location: thus the information must have been downloaded to a local device, e.g., a memory stick. Binney has further evidence regarding formatting which supports this.

Mueller's identification of "DC Leaks" and "Guccifer 2.0" as Russian security services is something Mueller attempts to carry off by simple assertion. Mueller shows DNC Leaks to have been the source of other, unclassified emails sent to Wikileaks that had been obtained under a Freedom of Information request and then Mueller simply assumes, with no proof, the same route was used again for the leaked DNC material. His identification of the Guccifer 2.0 persona with Russian agents is so flimsy as to be laughable. Nor is there any evidence of the specific transfer of the leaked DNC emails from Guccifer 2.0 to Wikileaks. Binney asserts that had this happened, the packets would have been instantly identifiable to the NSA.

Bill Binney is not a "deplorable." He is the former Technical Director of the NSA. Mike Pompeo met him to hear his expertise on precisely this matter. Binney offered to give evidence to Mueller. Yet did Mueller call him as a witness? No. Binney's voice is entirely unheard in the report.

Mueller's refusal to call Binney and consider his evidence was not the action of an honest man.

The second vital piece of evidence we have is from Wikileaks Vault 7 release of CIA material, in which the CIA themselves outline their capacity to "false flag" hacks, leaving behind misdirecting clues including scraps of foreign script and language. This is precisely what Crowdstrike claims to have found in the "Russian hacking" operation.

Related Topic(s): Assange; Guccifer; Mueller Investigation; Reality; Scandals; Wikileaks, Add Tags
Add to My Group(s)
Go To Commenting
The views expressed herein are the sole responsibility of the author and do not necessarily reflect those of this website or its editors.