In one of the series of blatant lies the U.S. has told to justify the assassination of Iranian Major General Qassem Soleimani, U.S. Secretary of State Mike Pompeo said that Soleimani was killed because he was planning "imminent attacks" on U.S. citizens. It is a careful choice of words. Pompeo is specifically referring to the Bethlehem Doctrine of Pre-Emptive Self Defence.

Developed by Daniel Bethlehem when legal adviser to first Israeli Prime Minister Benjamin Netanyahu's government and then U.K. Prime Minister Tony Blair, the Bethlehem Doctrine says states have a right of "preemptive self-defense" against "imminent" attack. That is something most people, and most international law experts and judges, would accept. Including me.

What very few people, and almost no international lawyers, accept is the key to the Bethlehem Doctrine that here "imminent," -- the word used so carefully by Pompeo -- does not need to have its normal meanings of either "soon" or "about to happen." An attack may be deemed "imminent," according to the Bethlehem Doctrine, even if you know no details of it or when it might occur. So you may be assassinated by a drone or bomb strike and the doctrine was specifically developed to justify such strikes because of "intelligence" that indicates you are engaged in a plot, when that intelligence neither says what the plot is nor when it might occur. Or even more tenuous, because there is intelligence saying you have engaged in a plot before, so it is reasonable to kill you in case you do so again.

I am not inventing the Bethlehem Doctrine. It has been the formal legal justification for drone strikes and targeted assassinations by the Israeli, U.S. and U.K. governments for a decade. Here it is in academic paper form, published by Bethlehem after he left government service (the form in which it is adopted by the U.S., U.K. and Israeli governments is classified information).

Twisting the Meaning of "Imminent"

So, when Pompeo says attacks by Soleimani were "imminent" he is not using the word in the normal sense in the English language. It is no use asking him what, where or when these "imminent" attacks were planned to be. He is referencing the Bethlehem Doctrine under which you can kill people on the basis of a feeling that they may have been about to do something.

The idea that killing an individual who you have received information is going to attack you, but you do not know when, where or how, can be justified as self-defense, has not gained widespread acceptance or indeed virtually any acceptance in legal circles outside the ranks of the most extreme devoted neo-conservatives and Zionists. Daniel Bethlehem became the U.K.'s Foreign and Commonwealth Office's chief legal adviser, brought in by Jack Straw, precisely because every single one of the FCO's existing legal advisers believed the Iraq War to be illegal. In 2004, when the House of Commons was considering the legality of the war on Iraq, Bethlehem produced a remarkable paper for consideration, which said that it was legal because the courts and existing law were wrong, a defense which has seldom succeeded in court.

(b)
"following this line, I am also of the view that the wider principles of the law on self-defense also require closer scrutiny. I am not persuaded that the approach of doctrinal purity reflected in the Judgments of the International Court of Justice in this area provide a helpful edifice on which a coherent legal regime, able to address the exigencies of contemporary international life and discourage resort to unilateral action, is easily crafted;"

The key was that the concept of "imminent" was to change:

"The concept of what constitutes an 'imminent' armed attack will develop to meet new circumstances and new threats." 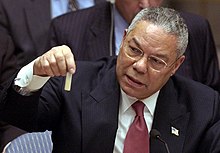 In the absence of a respectable international lawyer willing to argue this kind of tosh, Blair brought in Bethlehem as chief legal adviser, the man who advised Netanyahu on Israel's security wall and who was willing to say that attacking Iraq was legal on the basis of "imminent threat" to the U.K. by Iraq's President Saddam Hussein, which proved to be non-existent. It says everything about Bethlehem's eagerness for killing that the formulation of the Bethlehem Doctrine on extrajudicial execution by drone came after the Iraq War, and he still gave not one second's thought to the fact that the intelligence on the "imminent threat" can be wrong. Assassinating people on the basis of faulty intelligence is not addressed by Bethlehem in setting out his doctrine. The bloodlust is strong in this one.

There are literally scores of academic articles, in every respected journal of international law, taking down the Bethlehem Doctrine for its obvious absurdities and revolting special pleading. My favorite is this one by Bethlehem's predecessor as the FCO chief legal adviser, Sir Michael Wood and his ex-Deputy Elizabeth Wilmshurst.