I was deeply shaken while witnessing yesterday's events in Westminster Magistrates Court. Every decision was railroaded through over the scarcely heard arguments and objections of Assange's legal team, by a magistrate who barely pretended to be listening.

Before I get on to the blatant lack of fair process, the first thing I must note was Julian's condition. I was badly shocked by just how much weight my friend has lost, by the speed his hair has receded and by the appearance of premature and vastly accelerated ageing. He has a pronounced limp I have never seen before. Since his arrest he has lost over 15 kg.

But his physical appearance was not as shocking as his mental deterioration. When asked to give his name and date of birth, he struggled visibly over several seconds to recall both. I will come to the important content of his statement at the end of the proceedings in due course, but his difficulty in making it was very evident; it was a real struggle for him to articulate the words and focus his train of thought.

Until yesterday I had always been quietly skeptical of those who claimed that Julian's treatment amounted to torture even of Nils Melzer, the UN special rapporteur on torture and skeptical of those who suggested he may be subject to debilitating drug treatments. But having attended the trials in Uzbekistan of several victims of extreme torture, and having worked with survivors from Sierra Leone and elsewhere, I can tell you that yesterday changed my mind entirely and Julian exhibited exactly the symptoms of a torture victim brought blinking into the light, particularly in terms of disorientation, confusion, and the real struggle to assert free will through the fog of learned helplessness.

I had been even more skeptical of those who claimed, as a senior member of his legal team did to me on Sunday night, that they were worried that Julian might not live to the end of the extradition process. I now find myself not only believing it, but haunted by the thought. Everybody in that court yesterday saw that one of the greatest journalists and most important dissidents of our times is being tortured to death by the state, before our eyes. To see my friend, the most articulate man, the fastest thinker, I have ever known, reduced to that shambling and incoherent wreck, was unbearable.

Yet the agents of the state, particularly the callous magistrate Vanessa Baraitser, were not just prepared but eager to be a part of this blood sport. She actually told him that if he were incapable of following proceedings, then his lawyers could explain what had happened to him later. The question of why a man who, by the very charges against him, was acknowledged to be highly intelligent and competent, had been reduced by the state to somebody incapable of following court proceedings, gave her not a millisecond of concern.

The charge against Julian is very specific; conspiring with Chelsea Manning to publish the "Iraq War Logs," the "Afghan War Logs" and the U.S. State Department cables. The charges are nothing to do with Sweden, nothing to do with sex, and nothing to do with the 2016 U.S. election; a simple clarification the mainstream media appears incapable of understanding. 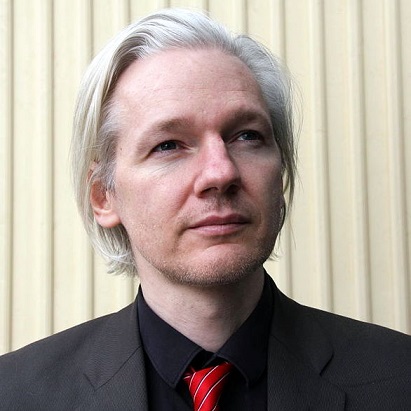 The reasons given by Assange's defense team for more time to prepare were both compelling and startling. They had very limited access to their client in jail and had not been permitted to hand him any documents about the case until one week ago. He had also only just been given limited computer access, and all his relevant records and materials had been seized from the Ecuadorean embassy by the U.S. government; he had no access to his own materials for the purpose of preparing his defense.

Furthermore, the defense argued, they were in touch with the Spanish courts about a very important and relevant legal case in Madrid which would provide vital evidence. It showed that the CIA had been directly ordering spying on Julian in the embassy through a Spanish company, UC Global, contracted to provide security there. Crucially this included spying on privileged conversations between Assange and his lawyers discussing his defense against these extradition proceedings, which had been in train in the USA since 2010. In any normal process, that fact would in itself be sufficient to have the extradition proceedings dismissed. Incidentally I learnt on Sunday that the Spanish material produced in court, which had been commissioned by the CIA, specifically includes high-resolution video coverage of Julian and me discussing various matters.

The evidence to the Spanish court also included a CIA plot to kidnap Assange, which went to the U.S. authorities' attitude to lawfulness in his case and the treatment he might expect in the United States. Julian's team explained that the Spanish legal process was happening now and the evidence from it would be extremely important, but it might not be finished and thus the evidence not fully validated and available in time for the current proposed timetable for the Assange extradition hearings.

Related Topic(s): Argument; Demonization; Extradition; Farce; Julian Assange Imprisonment; Prosecution; Torture 13; Torture Prosecutions, Add Tags
Add to My Group(s)
Go To Commenting
The views expressed herein are the sole responsibility of the author and do not necessarily reflect those of this website or its editors.