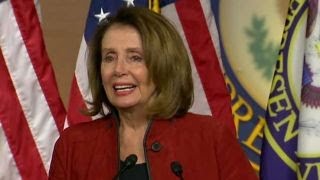 Since its founding in 1991, the CPC has grown from six Members to 77, becoming the largest House caucus and an essential forum for articulating progressive values. Co-chaired by Reps. Mark Pocan (WI) and Raúl Grijalva (AZ), it includes progressive leaders such as Sherrod Brown (OH), Keith Ellison (MN) and Pramila Jayapal (WA).

Discussions at this year's summit will zero in on key issues and movements likely to drive the public debate over the next year. The central question is how and whether progressives inside and outside the congress can organize to meet the stark challenges facing this country.

There will inevitably be significant debates about strategy and priorities, but there is a growing consensus around some basic propositions.

Trump is The Symptom, Not the Disease

Donald Trump is in the White House because the establishment of both parties have failed most Americans. The bloviating reality TV show buffoon was the most unpopular presidential candidate in polling history, yet dispatched the Bush dynasty in the primaries and the Clinton dynasty in the general. He combined a populist indictment of their failed policies and corrupted politics with vicious racist and nativist appeal. That he won is a measure of how much Americans were intent on shaking things up.

Trump Will Fail Not Because of His Populism, but Because It's a Put-on

Beneath the chaos presidency, Trump has given his administration over to the failed strategies of the right. He's delegated his foreign policy to the generals, his economics -- outside of trade -- to Goldman Sachs, his domestic policy to the Republican right, his social policies to the evangelical right. His corrupt administration is sponsoring a predator's ball, inviting corporate lobbyists to rig the rules once more and larding tax breaks and subsidies on the rich and corporations.

Progressives Got It Right, Even as They Got Rolled

From the beginning, progressives challenged many of the basic assumptions of the conservative era, even as New Democrats and Blue Dogs embraced them.

In a global economy, New Dems were wrong to argue that the "era of big government is over." Expanded government protection of basic economic rights are essential in a globalized economy of increasing instability.

New Dems were wrong to dismiss unions as neanderthal institutions of a bygone era. Workers wages, conditions and benefits declined as the corporate offensive against unions succeeded. Progressives were right that weaker unions would undermine the Democratic Party, support for progressive reforms, and corporate accountability.

Progressives like Barbara Lee were right to warn against providing a blank check to the President after 9/11. Progressives were right to vote against the invasion of Iraq, the worst foreign policy debacle since Vietnam.

Progressives were right to warn against the corruptions of big money in politics, even as right-wing judicial activists on the Supreme Court opened the flood gates in Citizens United.

Progressives were right to warn against gutting the Voting Rights Act, even as the same activist judges ruled that racism had been vanquished.

Progressives were right to warn against the deregulation of Wall Street in the 1990s and right to call out the Senators repeating the same mistake today.

Related Topic(s): #metoo; Dreamers; Future; Politics; Progressive Values; Progressives; Resistance, Add Tags
Add to My Group(s)
Go To Commenting
The views expressed herein are the sole responsibility of the author and do not necessarily reflect those of this website or its editors.