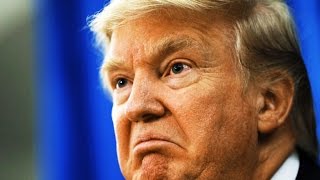 "Trade wars are good, and easy to win," tweeted Donald Trump when he threatened to slap tariffs on China and other nations he accused of "assaulting our country" last month.

Just because Trump denounces our "lousy trade deals" doesn't mean Democrats have to defend them.

In fact, a majority of House Democrats has led the opposition to our corporate trade policies. Democrats torpedoed Obama's Trans Pacific Partnership, long before Trump became president. They've demanded the renegotiation of NAFTA, and the Korean Free Trade Accord.

Trump's challenges to our trade policies are long overdue. The problem is he and his crew have yet to define a sensible alternative. On China, Trump's posturing is likely to produce more theater than fireworks. Trump targeted "Made in China 2025," the nation's 10-year strategy to develop higher-value exports, when he announced his tariffs, but the Chinese aren't about to negotiate away their basic mercantilist economic strategy.

China's threatened retaliatory tariffs -- targeting products Americans grow in rural areas, like soybeans and pork -- show they know where Trump country is. Wall Street is already raising alarms. American companies, particularly those with supply chains dependent on China, including Apple and Walmart, will push hard for business as usual.

It is now reported that Trump may instruct aides to find a way to negotiate the U.S. back in to the TPP, showing once more that he isn't serious. The Chinese are likely to offer showy concessions, to allow Trump to save face. They'll even invite him to Beijing and roll out the red carpet, complete with a military parade. But, as Zhu Guangyao, vice minister of finance, boasted in response to Trump's tariffs, "China has never succumbed to external pressure." The Chinese leaders will continue to pursue their ambitious plans to dominate the industries of the future.

What's needed now is a fundamental debate: not about China's strategy, but about our own. Our globalization strategy, defined by and for global corporations and banks, has savaged working people, as the wealthy clean up.

Best estimates suggest the "China shock" alone -- the result of running the largest deficits with one country in the history of the world -- caused the loss of 2.4 million U.S. jobs between 1999 and 2011. And the effect was much broader. Companies used the threat of moving abroad to bludgeon workers into accepting cuts in wages and benefits.

Corporate globalization has allowed capital to run a race to the bottom on labor rights, environmental and consumer protections.

The defense of corporate globalization, as free-trade advocate Paul Krugman belatedly admitted, has been "basically dishonest," featuring "false claims of inevitability, scare tactics (protectionism causes depressions), vastly exaggerated claims for the benefits of trade liberalization and the costs of protection, hand-waving away the large distributional effects."

In fact, free-trade agreements, increasingly, have little to do with free trade. Tariffs were relatively low before NAFTA and its successors. Trade agreements consist of thousands of pages formalizing deals forged between powerful interests.

Multinational banks and drug companies made out like bandits. Corporations gained their own closed legal tribunals. Trade accords increasingly focus not on tariffs, but internal rules -- on investment guarantees, subsidies, health and safety, and intellectual property rights.

Related Topic(s): Banks; Corporate; Economy; Globalization; Jobs; Tariffs; Trades; Trump Tweets; Workers, Add Tags
Add to My Group(s)
Go To Commenting
The views expressed herein are the sole responsibility of the author and do not necessarily reflect those of this website or its editors.