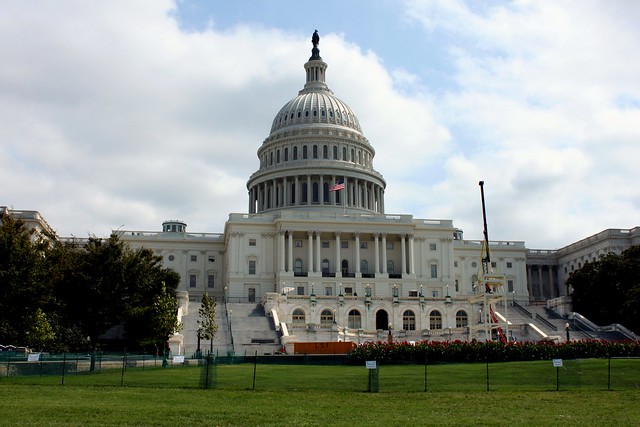 The Most Democratic Way to Have a Constitutional Convention

As society unravels, what happens after the massive demonstrations in every major city? It is scary to think about. Libertarians, Greens, and members of the conservative Constitution Party have no doubt thought that if they could have an equal voice in presidential debates, they could persuade the masses to their way of thinking. Democratic socialists advocate the electoral process to prevent a violent clash between workers and the oligarchs, while revolutionary socialists claim it is naive to believe that the electoral process will bring about the needed changes.

Many people believe we need a new constitution for all kinds of reasons but very few have seriously considered it because the forces on the left and the right have been deeply fearful and mistrustful of each other, thinking that the other side would unfairly dominate a constitutional convention. But what if we could completely level the playing field in a very democratic and fair way? Here is how it can be done:

Let the American people vote to determine if they want a Constitutional Convention to create a new constitution at every presidential election. If approved by a 51-percent majority of the American people, then allow all national political parties that capture at least one percent of the national vote be represented through Proportional Representation at a Constitutional Convention to work together to create a better, updated constitution. One hundred delegates could meet for 3 months, and if they create a new document approved by 51 percent of the delegates (a higher percentage would be even better)--it will be ratified later only if a 51-percent majority of the American people approve of the new document in a referendum vote. Each of the 50 state legislatures could choose to create a new state constitution by using this same method.

To further make it easier to pass federal amendments, we could require Congress to pass any proposed constitutional amendment with a 60 percent majority, rather than a ⅔ (or 66.6) majority, before it is turned over to the American people to ratify in a referendum vote with a 51-percent majority. But these changes would require a new constitution or a new Article V. Why not just work to get a bill passed in Congress that lets the American people decide if they want a Constitutional Convention, rather than go through the laborious process of getting a new Article V approved through the constitutional amendment process?

However, there are other changes that would require a new constitution. For example, why should California and Wyoming each have the same number of senators when California's population is about 70 times greater than Wyoming's? We could easily rectify that if we totally abolish the U.S. Senate and have a unicameral federal legislature. Moreover, we could even elect federal legislators to the one-house legislature through a system of Proportional Representation. In other words, everybody would vote primarily for a national political party that captures at least one percent of the national vote. So if the Green Party captures 15 percent of the national vote, then 15 percent of the federal legislature would be Green. What we have now is a choice between two parties which really isn't a choice at all.

Though it is not guaranteed that our favorite proposals would be implemented in a new national constitution, if it is done in a way that maximizes democracy, it will be much better than what we have now. Based on my procedural guidelines, any new document that the Constitutional Convention delegates can agree on, would not be official or legal unless the American people ratify it in a national referendum.

Many people now agree that we need to demand that corporations not be allowed to make contributions to political campaigns for presidential elections. Also, many people agree that we need to prevent the fact that 6 corporations control the mainstream media. We are more likely to solve these two problems with a new constitution than if we wait for current members of Congress (who essentially represent the wealthiest one percent) to address these problems.

Revised October 13, 2021 I grew up in a church that said you had to speak in tongues to get saved and go to heaven. I often prayed fervently for the experience in the prayer room at church, where people would cry and wail, and roll on the (more...)

Related Topic(s): Constitutional Convention; Constitutional Issues; Constitutional Movement; Democracy; Democratic Values; Future; Issues; Timeline; Voting, Add Tags
Add to My Group(s)
Go To Commenting
The views expressed herein are the sole responsibility of the author and do not necessarily reflect those of this website or its editors.