The Modern Distinction between Capitalism and Socialism 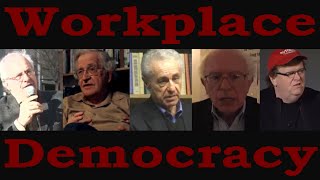 For many years, capitalism was distinguished from socialism as private ownership vs. state planning. But modern Marxists, such as Professor Richard D. Wolff, tell why those definitions are now lacking or inadequate. Richard Wolff elaborates on this topic in the attached video and article below. Professor Wolff states that the political economies stemming from the Russian and Chinese revolutions were not expressions of socialism. They were instead expressions of state capitalism. The state or government expropriated the ownership of private companies, but there was still the same type of work relationships: employers or bosses telling workers what to do.

But in true socialism, there is not a fixed distinction between employer and employee because each person both works and makes company decisions: one worker, one vote. The group decides on a continual basis who will serve as manager, for example--on a temporary, rotational, or more permanent basis. The group democratically decides who should do particular tasks. The group can change functions and roles in the company according to one's performance and skill, as evaluated by the other group members. This is called workplace democracy.

If the video below is not able to be watched, you can do a youtube search of Richard Wolff explaining this topic of capitalism vs. socialism in other videos. video https://www.youtube.com/watch?v=k6h577y6v_4&t=65s

http://www.truth-out.org/opinion/item/38546-capitalism-vs-socialism-a-changed-debate This and other articles by Richard Wolff can also be found at http://www.rdwolff.com/ and http://www.democracyatwork.info/

Roger Copple retired from teaching general elementary and high school special education in 2010. He likes studying world history, political theory, and Eastern philosophy. He meditates and walks daily and is a vegan most of the time. His website: www.NowSaveTheWorld.com

Related Topic(s): Capitalism; Capitalism Failures; Democracy; Socialism; Workplace, Add Tags
Add to My Group(s)
Go To Commenting
The views expressed herein are the sole responsibility of the author and do not necessarily reflect those of this website or its editors.