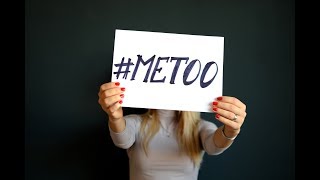 From the standpoint of the #MeToo movement, the wrong country was banned from the Olympics. It should have been the US, not Russia. According to #MeToo women, the US Olympic Committee and USA Gymnastics covered up Larry Nassar's sexual abuse of US athletes for years.

In contrast, the Russian doping scandal appears to be an orchestration by Washington as part of its ongoing policy to isolate Russia.

The entire story of systematic government-sponsored doping of Russian athletes rests essentially on the unconfirmed story of one person -- the person running the alleged doping program. Curiously, this person fled Russia to the US and "confessed." He is hidden somewhere under US protection. Why would the person running a doping program do this? Perhaps because it wasn't a state-sponsored program, and authorities were hot on his heels. Did he confess to Americans so as not to be handed over to the Russians for prosecution?

Some of the Russian-bashers claim that more evidence comes from non-doping Russian athletes who claimed they were disadvantaged by the state doping program. This means that they were not included in the program. How then could it have been an all-inclusive state-sponsored program?

The Court of Arbitration for Sport has cleared many of the banned Russian athletes of the false charge. Nevertheless the International Olympic Committee refused to admit the cleared athletes to the games. Faced with the intrusion of US foreign policy into the Olympic games, the court's spokesperson backed off. He said that the absence of any evidence of the athletes guilt does not mean that the athletes are innocent. In other words, guilty by accusation until proven innocent.

Is there any Western institution that is not corrupt?

The #MeToo movement will claim that it is not -- and clearly there are cases of sexual abuse -- but what happens to the movement once it becomes institutionalized, as it is in the process of becoming? Every US state attorney general has asked for federal legislation ending the practice of arbitration in cases of alleged workplace sexual harassment. The argument is that private settlement of charges "silences women's voices" and thereby perpetuates harassment, whereas public settlement in court roots out serial abusers.

Yes, it does. But it also creates a power that it is naive to think no woman would abuse. Just as ambitious women can use sex to achieve career advancement, they can also use the implicit threat of bringing a harassment charge. What the reform will do is to alter the power balance and create a new abuse in the place of the targeted abuse. Men instead of women will be the victims.

This is certain to happen considering the attitude of #MeToo women. For example, Sophie Gilbert makes a blanket charge against all men when she writes in The Atlantic that she would be surprised if she could find one woman who had not been sexually coerced or intimidated. Rooted as the #MeToo movement is in Identity Politics, the assumption is that women in general confront "a climate of serial sexual predation."

The old left blamed capitalism for instilling exploitative attitudes in wielders of power. Identity politics blames racist, sexist, heterosexual males. Just as no one could have convinced a jury of the old left that capitalism wasn't guilty, no one will be able to convince a jury conditioned by Identity Politics that heterosexual males are not guilty.

Whatever point of view that prevails will produce its own victims.

When I think about the charge that male sexual predation is the norm, I wonder what happened to the old fashioned slap. I can recall a time before women were infantilized by #MeToo when women could stick up for themselves. It was also a time when men had women on a pedestal and showed respect to women in ways now banned by feminists. Could there be a relationship between women being pulled off the pedestal by feminists and the increase in harassment?

There are other forms of harassment than sexual, and we should not approve of any of them. But the focus on sexual harassment is dangerous, because the term is so broad and undefined. It comes down to anything that a woman says it is, or is indoctrinated to see it as. For example, a woman is dressed to attract attention and the looks she provokes become harassment. She considers herself harassed if showing off her charms results in "harassment stares." Or she doesn't get her way and misinterprets the fact as sexual intimidation. In France, of all places, there is legislation pending that defines sexual harassment as a male asking a female her name or for her telephone number. In other words, if a male makes an effort to meet a female, he is guilty of harassment. Until recently for a guy to ask a gal's name was not considered harassment, but apparently enough women in France have been trained to regard any male interest in them as sexual harassment.

This is a good way to destroy relations between the genders, which is the goal of Identity Politics, based as it is in cultural Marxism.

Related Topic(s): #metoo; Harassment; Men; Victims Of Sexual Harassment; Women, Add Tags
Add to My Group(s)
Go To Commenting
The views expressed herein are the sole responsibility of the author and do not necessarily reflect those of this website or its editors.