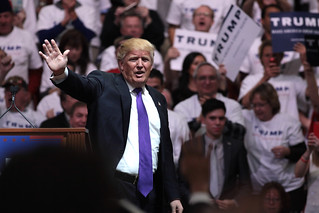 Power elites, blinded by hubris, intoxicated by absolute power, unable to set limits on their exploitation of the underclass, propelled to expand empire beyond its capacity to sustain itself, addicted to hedonism, spectacle and wealth, surrounded by half-witted courtiers -- Alan Greenspan, Thomas Friedman, David Brooks and others -- who tell them what they want to hear, and enveloped by a false sense of security because of their ability to employ massive state violence, are the last to know their privileged world is imploding.

"History," the Italian sociologist Vilfredo Pareto wrote, "is the graveyard of aristocracies."

The carnival of the presidential election is a public display of the deep morbidity and artifice that have gripped American society. Political discourse has been reduced by design to trite patriotic and religious cliches, sentimentality, sanctimonious peons to the American character, a sacralization of militarism, and acerbic, adolescent taunts. Reality has been left behind.

Politicians are little more than brands. They sell skillfully manufactured personalities. These artificial personalities are used to humanize corporate oppression. They cannot -- and do not intend to -- end the futile and ceaseless wars, dismantle the security and surveillance state, halt the fossil fuel industry's ecocide, curb the predatory class of bankers and international financiers, lift Americans out of poverty or restore democracy. They practice anti-politics, or what Benjamin DeMott called "junk politics." DeMott defined the term in his book "Junk Politics: The Trashing of the American Mind":

"It's a politics that personalizes and moralizes issues and interests instead of clarifying them. It's a politics that maximizes threats from abroad while miniaturizing large, complex problems at home. It's a politics that, guided by guesses about its own profits and losses, abruptly reverses public stances without explanation, often spectacularly bloating problems previously miniaturized (e.g.: Iraq will be over in days or weeks: Iraq is a project for generations). It's a politics that takes changelessness as its fundamental cause -- changelessness meaning zero interruption in the processes and practices that, decade after decade, strengthen existing, interlocking American systems of socioeconomic advantage. And it's a politics marked not only by impatience (feigned or otherwise) with articulated conflict and by frequent panegyrics on the American citizen's optimistic spirit and exemplary character, but by mawkish fondness for feel-your-pain gestures and idioms."

He went on: "Great causes--they still exist--nourish themselves on firm, sharp awareness of the substance of injustice. Blunting that awareness is a central project of junk politics."

Our constitutional democracy is dead. It does not work. Or rather, it does not work for us. No politician or elected official can alter anything of substance. Throughout the administrations of George W. Bush and Barack Obama there has been complete continuity on nearly every issue. Indeed, if Obama has a legacy it is that he made things incrementally worse. He has accelerated the assault on civil liberties, expanded the imperial wars -- including empowering the government to order the assassination of American citizens -- and opened up new drilling sites on public lands as if he were Sarah Palin.

He has failed to rein in Wall Street, which is busy orchestrating another global financial meltdown, and turned our health care system over to rapacious corporations. He has made war on immigrants and overseen economic collapse among the poor, especially African-Americans. He appears to be powerless to shut down our torture center in Guantanamo -- a potent recruiting tool for jihadists -- or place a new justice on the Supreme Court. His successor will be as impotent.

Obama, now a charter member of our ruling elite, will become rich, as did the Clintons, when he leaves office. The moneyed elites will pay for his two presidential libraries -- grotesque vanity projects. They will put him on boards and lavish him with astronomical speaking fees. But as a democratic leader he has proved to be as pathetic as his predecessor.

"If the main purpose of elections is to serve up pliant legislators for lobbyists to shape, such a system deserves to be called 'misrepresentative or clientry government,'" Sheldon Wolin wrote in "Democracy Incorporated: Managed Democracy and the Spector of Inverted Totalitarianism." "It is, at one and the same time, a powerful contributing factor to the depoliticization of the citizenry, as well as reason for characterizing the system as one of anti-democracy."

"Managed Democracy," Wolin continued, "is the application of managerial skills to the basic democratic political institution of popular elections. An election, as distinguished from the simple act of voting, has been reshaped into a complex production. Like all productive operations, it is ongoing and requires continuous supervision rather than continuing popular participation. Unmanaged elections would epitomize contingency: the managerial nightmare of control freaks. One method of assuring control is to make electioneering continuous, year-round, saturated with party propaganda, punctuated with the wisdom of kept pundits, bringing a result boring rather energizing, the kind of civic lassitude on which a managed democracy thrives."

Bernie Sanders, who at least acknowledges our economic reality and refuses to accept corporate money for his presidential campaign, plays the role of the Democratic Party's court jester. No doubt to remain a member of the court, he will not condemn the perfidy and collaboration with corporate power that define Obama, Hillary and Bill Clinton and the Democratic Party. He accepts that criticism of empire is taboo. He continues, even as the party elites rig the primaries against him, to make a mockery of democratic participation, to hold up the Democrats as a tool for change. He will soon be urging his supporters to vote for Hillary Clinton, actively working as an impediment to political mobilization and an advocate for political lethargy. Sanders, whose promise of a political revolution is as hollow as competing campaign slogans, will be rewarded for his duplicity. He will be allowed to keep his seniority in the Democratic caucus. The party will not mount a campaign in Vermont to unseat him from the U.S. Senate. He will not, as he has feared, end up a pariah like Ralph Nader. But he, like everyone else in the establishment, will have sold us out.

The whole election cycle is a carnival act, full of sound and fury and signifying nothing. It caters to the most venal instincts of the public. It is an example of the deep cynicism among elites who, like all other con artists, privately mock us for our gullibility and naivete. We are treated like malleable children. DeMott called out this infantilization, this "babying of the electorate, spoiling of voter-age 'children' with year-round upbeat Christmas tales, the creation of a swelled-head citizenry, morally vain and irremediably sentimental." In the world of junk politics, he wrote, "distinctions vanish between foundational democratic principles and decorative pleasurable tropes."

"The familiar apparatus of constitutional government and party organizations survives seemingly untouched," he wrote. "In time, though, the language of justice and injustice comes to strike ordinary ears as Latinate and archaic -- due for interment -- and attachment to old forms weakens."

None of those elected to the White House, the Congress or statehouses have the power, and they know it, to challenge the corporate disemboweling of the country. The popular rage and frustration that have been rising against the established power elites during this election campaign will mount further as Americans, especially with a new president in the White House, realize that their voice and their vote are meaningless.

Related Topic(s): Corporations; Elitism; Gullibility; Politics; Revolt, Add Tags
Add to My Group(s)
Go To Commenting
The views expressed herein are the sole responsibility of the author and do not necessarily reflect those of this website or its editors.