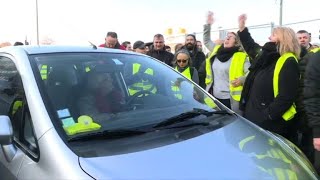 Radical feminists are now being banned by Twitter not because they hate men, which is perfectly OK as far as Twitter is concerned, but because they object to "trans-women."

What is a "trans-woman?" As far as I can understand, a "trans-woman" is a male with a penis who declares himself to be a women and demands his right to use women's toilette facilities along with the women who are using them.

The feminist, Meghan Murphy, twittered a statement and a question:

"Men are not women."

"How are trans-women not men? What is the difference between men and trans-women?"

Twitter described this as "hateful conduct" and banned Meghan Murphy.

There you have it. Yesterday it was feminists who were exercising their special society-bestowed privileges to censor. Today it is the feminists who are being censored. As this insanity of "Western Civilization" continues, tomorrow it will be the trans-women who are censored and banned.

What precisely is afoot?

My readers, who have partially and some entirely escaped from The Matrix, understand that this is the further fragmentation of American society. Identity Politics has set men, women, blacks, Jews, Asians, Hispanics, and white people against one another. Identity Politics is the essence of the Democratic Party and the American liberal/progressive/left. Now, with the creation of "new" but otherwise nonexistent "genders," although they are honored as real by the controlled whores who masquerade as a "Western media," we witness radical feminists being silenced by men pretending to be women.

I sympathize with Meghan Murphy, but she brought this on herself and on the rest of us by accepting Identity Politics. Identity Politics gave Meghan a justification for hating men even, as she failed to realize, it provided the basis for moving her into the exploitative class that must be censored.

Where does this end?

The film, The Matrix, is the greatest film of our lifetime. Why? Because it shows that there are two realities. A real one of which only a few people are aware, and a virtual one in which everyone else lives.

In the United States today, and throughout "Western Brainwashed Civilization," only a handful of people exist who are capable of differentiating the real from the created reality in which all explanations are controlled and kept as far away from the truth as possible. Everything that every Western government and "news" organization says is a lie to control the explanations that we are fed in order to keep us locked in The Matrix.

The ability to control people's understandings is so extraordinary that, despite massive evidence to the contrary, Americans believe that Oswald, acting alone, was the best shot in human history and using magic bullets killed President John F. Kennedy; that a handful of Saudi Arabians who demonstratively could not fly airplanes outwitted the American national security state and brought down 3 World Trade Center skyscrapers and part of the Pentagon; that Saddam Hussein had and was going to use on the US "weapons of mass destruction;" that Assad "used chemical weapons" against "his own people;" that Libya's Gaddafi gave his soldiers Viagra so they could better rape Libyan women; that Russia "invaded Ukraine;" that Trump and Putin stole the presidential election from Hillary.

Related Topic(s): Identity; Matrix; Politics; Reality; Society-Culture-People, Add Tags
Add to My Group(s)
Go To Commenting
The views expressed herein are the sole responsibility of the author and do not necessarily reflect those of this website or its editors.