Author's Note: Although, unfortunately, many on both the Right and the Left are going to treat it as a joke, this column is deadly serious, even though it was originally posted on April Fool's Day. For a really good one of those see https://www.opednews.com/articles/Twitter-Bans-The-Donald-by-Josh-Mitteldorf-Political-Satire-190401-574.html, right here at Op-Ed News.

In the Random House Dictionary of the English Language, 2ndEdition Unabridged, "collusion" is defined as "a secret agreement, especially for fraudulent or treacherous purposes; conspiracy." According to the Cambridge English Dictionary, collusion is defined as: "1. agreement between people to act together secretly or illegally in order to deceive or cheat someone: 2. agreement, esp. in secret for an illegal or dishonest reason: 3. the act of doing something secret or illegal with another person, company, etc. in order to deceive."

In terms of these definitions, there is ample, out-in-the-open (maybe that's the problem with it, it is so obvious) evidence that Trump, members of his family, and members of the Trump campaign committed simple collusion, in re the Russians, ranging from the famous "Trump Tower Meeting," to, during the campaign, working on a deal to build a Trump Tower in Moscow and lying about it to the public, to Jared Kushner's attempt to establish a "back channel" connection with Russian officials during the Transition, to various secret connections, at various times, between such folk as George Papadopoulos, Mike Flynn, Paul Manafort, Rick Gates, and others, with various Russians, some of whom have been indicted by the Mueller investigation, in absentia. In terms of his charge (see below), the only question for Mueller about what the Trumpites did in terms of collusion was, did it rise to the level of criminality, provable beyond a reasonable doubt. 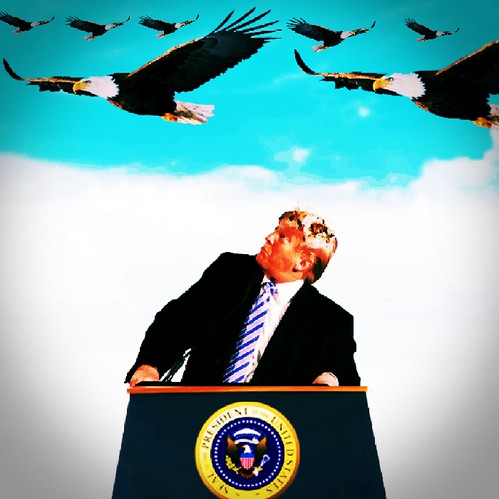 Now of course we do not know what is in the Mueller Report (which has been reported to range in length from 300 or so pages to, with attachments, 700 or so pages). What we do have is the 3 ½ page "Barr Report" (on which I have commented previously, on March 25).

I began that column by saying:

"As is widely known, Donald J. Trump hired William Barr as his personal lawyer inside the Justice Department (oops, I mean Attorney General) for one reason only: to try to shut down the Mueller investigation entirely and prevent any of its findings/reports from reaching the light of day. Lacking achievement of that objective (and it could have existed only in Trump's head, and perhaps the heads of one or more of his children and his acolytes at Fox"News"), Barr's assignment was: a) to short circuit Mueller's work to the extent possible and b) to make as light of the findings as possible."

Further, in a cover note to a distribution of that column four days later I said:

"I published this column the day after the 'Attorney General' (otherwise known as Trump's personal lawyer at the Justice Department) published what will become known in American History as the 'Barr Report,' on the extensive report on the work that Special Prosecutor Robert Mueller did over a two-year period looking into, as is well known, connections between Trump, various family members and campaign officials, with 'The Russians.' (Also, it looked at possible obstruction of justice by the Pres. --- couldn't be, could it?) The 'Barr Report,' all four pages of it, with no supporting evidence, came to the conclusion that there is no there there. Of course, that may or may not be in sync with what the Mueller Report actually says."

Austin Barr. No it's not that one, but Austin is minor league.
(Image by mark6mauno)   Details   DMCA

For what is critical here is what definition of "collusion" Mueller used. According to his charge from then Deputy Attorney General Rod Rosenstein, he was to investigate "any links and/or coordination between the Russian government and individuals associated with the campaign of President Donald Trump." And then "the Special Counsel is authorized to prosecute federal crimes arising from the investigation of these matters." Of course, we have no idea what definition of "collusion" was used in either the Barr Report or the Mueller Report.

If the definition used by Mueller was one that included the word "crime" --- in the Random House definition the word "conspiracy," which can be a crime, appears, and in the Cambridge definition the word "illegal" appears thrice (remember that's an English definition) --- then it might be that Mueller found what has appeared out in the open over and over again in terms of "agreements" or attempts to reach them (see both definitions). But then, and this is critical, it is very possible that he did not conclude that any of them rose to the level of crime, the commission of which could be charged, and then proven beyond a reasonable doubt.

If that is the definition of collusion he used, and if that is the criminal law standard that Mueller required to be met, it is possible that in that narrow sense Barr is telling the truth when he says that Mueller found no "collusion." Further, the charge used the term "Russian government." And we know, for example, that Julian Assange, a very important source of "dirt" on the Clinton campaign, was always very careful to say that his source was not the Russian government. BUT, there were a variety of non-government actors (and I'm not naming names here; they are well-known --- some of them indicted in absentia) who had contacts with the Trump campaign, as well as Russian government personages who could have been claiming to speak informally (some of them showing up on FBI wire-taps).

And so, it is impossible to know what the Report might say about collusion --- as defined above --- other than the type that could be proven in a Court of Law, beyond a reasonable doubt. For collusion is not an illusion necessarily: it's just a matter of how it is defined. The "delusion" in the title of this column is that Mueller found no collusion of any kind, when it is lying about in plain sight. It's just whether or not it rose to the level of provable criminality.

As for the matter of obstruction of justice, Barr tells us in his Report that in his Report Mueller lays out evidence on both sides of the question, but that Barr and Rosenstein concluded that it did not rise to the level of obstruction that could be proven beyond a reasonable doubt. But then, if Mueller did find some evidence of the attempt/intent to obstruct justice on the part of Trump and various Trumpites, one question that arises is, over what matters were they attempting to obstruct justice. Couldn't be the matter of collusion, could it? And if not, what was it?

Of course, it would be very easy to resolve all of the questions raised above if one could read the Report --- unredacted that is except for sensitive intelligence and Grand Jury materials. Except that of course Barr is there precisely, as I said in my previous column on this subject, to "Barr the Door."

Barr will delay, Barr will redact, Barr will continue to put forth his view of what is in the Mueller Report while letting Congress (on the Democratic side, of course) actually see as little of it (lots of blacking out, donchaknow) for as long as he can. Subpoenas, now beginnng to fly, will be fought, "Presidential privilege" (which of course doesn't apply to crimes) will be claimed, the court process will be taken all the way to the Supreme Court, as slowly as possible. For politically, the longer the gap in time between now and when the Report (might) see the light of day, the better for Trump-Hannity-(burn it)Nunes, et al to be able to distract from it. (And what is Trump other than the Master of the WMD: Weapons of Mass Distraction.) Then, as I have said before, Chief Justice John Roberts will become one of the most powerful personages in U.S. history.

In my view, lacking a Supreme Court decision ordering the release of the Mueller Report with redaction applied to intelligence and grand jury materials only (not including as redacted "sensitive personal data" as determined by Barr-the-door), neither the public nor the Congress will get to see such a form of the Report until sometime after the inauguration of a Democratic President on January 20, 2021, were a Democrat to actually be able to overcome the heavily funded Trump Racist/Red-baiting bulldozer in 2020. And by that time, as a practical matter, it would be too late --- except for the historians.

Oh by the way, just showing how determined he is both to maintain impartiality and to maintain the appearance of impartiality, Barr has at least acquiesced to the appointment of his son-in-law, Tyler McGaughey, as a legal advisor to Trump. Try wrapping your mind around that one, folks. These folks just don't embarrass. Golly gee. I wonder what subjects might come up for conversation around the family dinner table. And heaven forfend that there might be any indication of conflict of interest or nepotism (there being enough of that in the White House) to sully both the procedure and the substance in a matter of such enormous governmental and historical importance.

Steven Jonas, MD, MPH, MS is a Professor Emeritus of Preventive Medicine at StonyBrookMedicine (NY) and author/co-author/editor/co-editor of over 35 books. In addition to his position on OpEdNews as a "Trusted Author," he is a Senior Editor, (more...)
Related Topic(s): Collusion; Collusion With Right Wing Echo Cha; Congress; Democratic; Evidence; Illusion; Impartiality; Investigation; Joke; Nepotism; (more...) Twitter, Add Tags  (less...)
Add to My Group(s)
Go To Commenting
The views expressed herein are the sole responsibility of the author and do not necessarily reflect those of this website or its editors.