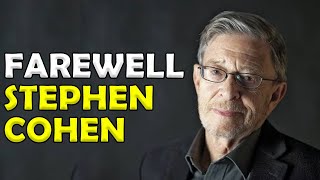 Selected videos republished from The Real News Network, where many more can be found.

I realized it wasn't the Soviet Union that was the great danger, it was the potential of nuclear war, and it's still the case today - says Stephen Cohen on Reality Asserts Itself with Paul Jay

Bio: Stephen F. Cohen is professor emeritus of Russian studies, history, and politics at New York University and Princeton University. A Nation contributing editor, his most recent book is War With Russia? From Putin & Ukraine to Trump & Russiagate. He is a member of the Board of Directors of the American Committee for East-West Accord.

Related Topic(s): Russia; Stephen Cohen, Add Tags
Add to My Group(s)
Go To Commenting
The views expressed herein are the sole responsibility of the author and do not necessarily reflect those of this website or its editors.