George W Bush: Today, we take an essential step in defeating terrorism while protecting the constitutional rights of all Americans. 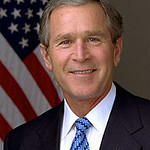 Greg Wilpert: Welcome to The Real News Network. I'm Greg Wilpert in Arlington, Virginia. That was president George W. Bush when he signed the USA Patriot Act into law in October of 2001, shortly after the 9/11 attack.

US Congress is now in the process of passing a renewal of this Patriot Act. Democrats propose the renewal in a tiny subsection of a stop gap government funding resolution so that there would be no government shutdown for at least another four weeks. The Patriot Act, which civil liberties have condemned for its wide-scale warrantless wiretapping provisions, was scheduled to expire on December 15th of this year. The renewal extends the law for another three months until March 15th, 2020.

The Patriot Act, originally, included authorization of indefinite detentions of immigrants, permission for law enforcement agencies to search a home or business without the occupant's or owner's consent, and permission for the FBI and NSA to search telephone, email, and financial records without a court order.

Since its passage, many of its main provisions have been declared unconstitutional. However, a key controversial section, number 215 remains in place, which allows the government to collect phone metadata without court authorization.

Joining me now to discuss the significance of the Patriot Act renewal is Evan Greer, she's deputy director of the organization, Fight for Our Future. Thanks for joining us today.

Evan Greer: Thanks for having me.

Greg Wilpert: So the Patriot Act was originally supposed to be in place for only four years, until 2005, but it has been extended for another four or five years almost every time it expired. First, under President George W. Bush, and then under President Barack Obama. Now, this time it's being extended for another three months. How big a problem, would you say, is this renewal?

Evan Greer: This is really a huge issue and it's really disappointing that this is the point that we've gotten to. These authorities never should have been passed in the first place. The Patriot Act was rushed through Congress with really no consideration for the way that it undermined basic civil liberties. This is one of the worst laws ever passed in US history. And it enables government surveillance at a scale that was previously impossible.

This three month renewal is really just kicking the can down the road, but what's problematic about that is that it really takes the pressure off of especially Senate leadership and Mitch McConnell to do anything meaningful to reform this bill. This is really the Democrats signaling, "Yeah, you know, we don't care that much about this. We're just going to kick the can down the road," instead of standing firm and saying, "Look, if you want to reauthorize this legislation you need to fix the gaping loopholes, you need to address the widespread abuses of this authority that has been used to violate people's constitutional and human rights now for years and years, as you said.

Greg Wilpert: Now, several times, recently, the NSA actually requested data on a limited number of citizens because the law has become a little bit narrower than it was originally set up, but it then ends up receiving hundreds of millions of records from the phone companies. For example, the NSA obtained orders to target 40 suspects in 2018, but it ended up collecting 534 million records according to an inspector general report, which then also concluded that such massive data collection's actually useless. But still, the Trump administration and Democrats keep on wanting to renew the law. Why do you think that is?

Evan Greer: It's really from pressure from the intelligence community. Once government agencies have any type of power they always are going to demand to keep that power and, in fact, to expand that power. And that's why it's so essential that we hold our elected officials accountable. I want to underline something that you said there, which is that this mass data collection not only is it invasive, not only does it violate our rights, it doesn't even do what the government says it's trying to do. The US government's mass surveillance programs have never successfully prevented a violent attack. They've never saved anyone's life. They're not keeping us safe. This type of automated widespread dragnet surveillance isn't particularly useful for enhancing public safety, but perfect for authoritarian control, for social control, for behavior control. This isn't about keeping us safe. It's about keeping us in line.

Greg Wilpert: Now, what would you recommend to people who are opposed to this extension of the US government's ability to engage in warrantless surveillance? I mean, what do you recommend that they do in order to stop it?

Related Topic(s): Congress Democrats; Democrats; Law; Patriot Act; Rights; Surveillance, Add Tags
Add to My Group(s)
Go To Commenting
The views expressed herein are the sole responsibility of the author and do not necessarily reflect those of this website or its editors.