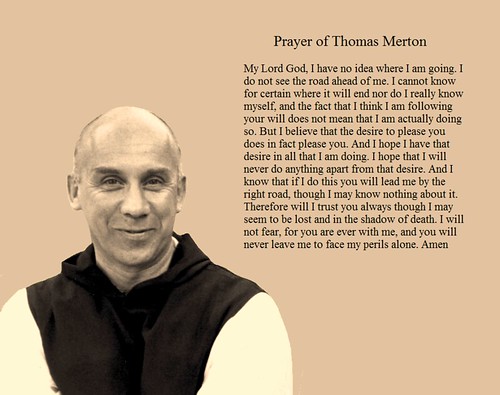 "Killing a man who says 'No!' is a risky business," the priest replied, "because even a corpse can go on whispering 'No! No! No! with a persistence and obstinacy that only certain corpses are capable of. And how can you silence a corpse?" Ignazio Silone, Bread and Wine

Fifty years have elapsed since Thomas Merton died under mysterious circumstances in a cottage at a Red Cross Conference Center outside Bangkok, Thailand where he was attending an international inter-faith monastic conference. The truth behind his death has been concealed until now through the lies and deceptions of a cast of characters, religious, secular, and U.S. governmental, whose actions chill one to the bone. But he has finally found his voice through Hugh Turley and David Martin, who tell the suppressed truth of Merton's last minutes on earth on December 10, 1968.

This is an extraordinary book in so many ways. First, because the authors prove beyond a shadow of a doubt that the Trappist monk and anti-war writer Thomas Merton was assassinated and did not die in a fabricated accident, as has been claimed for all these years.

Second, because it is so meticulously researched, sourced, documented, and logically argued that it puts to shame and the lie to so many works, including academic ones, that purport to be profound but fall apart once carefully inspected, especially all those that have been written about Merton and his alleged accidental death. These false accounts of his death, obviously presented purposely by the key players -- that he was electrocuted by a fan while wet from a shower -- have been repeated ad nauseam over fifty years as if curiosity were reserved for cats and a writer's job were to repeat commonplace absurdities. And of course the mainstream media, the prime organs of propaganda dissemination, have carried out their function by repeating these lies at every turn. The transparency of Turley and Martin's presentation is greatly enhanced by the presence of footnotes, not endnotes, which allow readers to easily check sources as they read. Most footnotes refer to primary documents -- letters, police reports, etc. -- that are reproduced in an appendix that is, however, in need of enlargement, but whose contents have, for some odd or not so odd reasons, escaped the thousands of writers who've penned words about Merton.

Third, because it greatly expands our understanding of that fateful year -- 1968 -- by adding the prophetic Merton's name to the list of well-known anti-war leaders -- MLK and RFK -- who were slain that year by U.S. government operatives intent on crushing the growing opposition to their genocidal war waged on Vietnam, Laos, and Cambodia. The links between these assassinations are made manifest as one follows the authors' brilliant analysis that allows an informed reader to see the template common to them all and one that clearly leads to intelligence agencies practiced in the arts of murder and cover-up.

Fourth, because it proves that in the long run the pen is mightier than the sword, and the spiritually powerful poetic words of a God-entranced man living in seclusion can rattle the cages of men who embrace the void of violence while rejecting the spiritual essence of all religions -- that non-violence and love are the laws of existence. Merton may be dead for his killers, but not for those who hear his voice whispering on every page: "The very thoughts of a person like me are crimes against the state. All I have to do is think: and immediately I become guilty," Merton wrote in "A Signed Confession of Crimes Against the State."

Lastly, because The Martyrdom of Thomas Merton markedly forces the reader to face its harsh truths and examine one's soul and complicity in evil as one learns of the perfidy and betrayal of Merton by friends, associates, and biographers whom a naÃ¯ve person might assume are beyond reproach, until, that is, one reads this book. It is a very hard lesson to accept and understand. But Hugh Turley and David Martin sequentially force the reader to contemplate such matters; to conjecture why some have conspired and abetted in Merton's murder and especially its fifty year cover-up.

Thomas Merton (Fr. Lewis) was a Catholic monk, poet, writer and theologian who became very well-known in 1948 with the publication of his autobiography, The Seven Story Mountain, which became a bestseller. Over the next dozen or so years, he published many books on religious themes, mainly avoiding social or political subjects. But although he lived in a monastery, and eventually by himself in a hermitage nearby, he corresponded widely and was tuned in to worldly events. He became a friend and mentor to religious/political activists such as Martin Luther King, Fathers Philip and Daniel Berrigan, James Douglass, among many others. He was a friend of Dorothy Day of the Catholic Worker. He corresponded with Boris Pasternak and Ethel Kennedy; wrote about Albert Camus and Eugene Ionesco. During the 1960s his writing turned more overtly political while remaining rooted in a deep mystical and contemplative spirituality. He became a major inspiration for radical activists who opposed nuclear weapons, the Vietnam War, and the materialist way of life fostered by capitalism that relied on the spread of the American empire through world-wide violence. Although living far away from the din and drama of day-to-day politics, his writing, encouragement, and influence were profound, and he became a major impediment to the propaganda and policies of the military-industrial-political-intelligence complex. He was an inspiration whose spirit disturbed church and state in the most radical way. Turley and Martin say of him:

conflict with sinister special interests. The effectiveness of the truth-seeker would,

of course, be greater to the extent he could rally others to his cause, but ultimately,

he said, the truth seeker's strength lay in trust in God.

Merton died on the afternoon of December 10, 1968 when those sinister special interests snuck up on him. He had just given a talk, had lunch, and returned to his cottage shortly before 2 P.M., accompanied by Fr. Francois de Grunne, O.S.B. (Order of Saint Benedict) from Belgium, who shared the cottage with Merton and two others, Fr. Celestine Say, O.S.B. from the Philippines, whose room was across from Merton's on the first floor, and John Moffit, a journalist editor whose room was directly over Merton's on the second floor adjacent to de Grunne's. The walk from the dining hall to the cottage took 10-15 minutes. Say and Moffit were walking a good distance behind Merton and de Grunne and arrived at the cottage about 5-7 minutes after them. When they entered the unlocked building, they did not see Merton and de Grunne and presumed they had gone to their respective rooms.

Shortly after de Grunne and Merton entered the cottage, Merton was killed. The actions of de Grunne, a mysterious figure who, according to the authors, "seems to have fallen off the face of the earth" and whose "abbey will not even respond to our questions about him," clearly make him a prime suspect in the crime. His actions and story are not believable and are contradicted by the most reliable witness, Fr. Say, whose statements have been absolutely consistent.

Related Topic(s): Anti-war; Expose; Political Assassinations; Propaganda; Thomas Merton; Truth, Add Tags
Add to My Group(s)
Go To Commenting
The views expressed herein are the sole responsibility of the author and do not necessarily reflect those of this website or its editors.