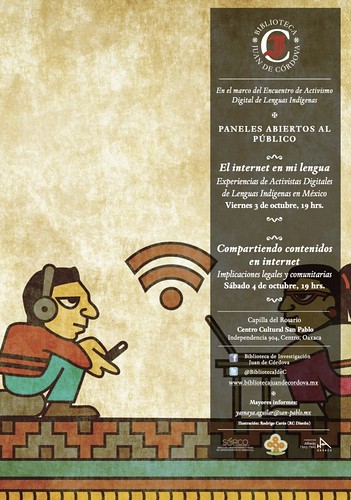 I haven't been very active politically since the Bush Wars (see here), but on April 1 I turned over a new leaf. I hope it's not a joke. April 1 because it was Easter Sunday. I had come to a family get-together with the pope's Palm Sunday homily of the week before in my head. Ok, I'm neither Catholic nor exactly young, but I can still shout, as per His Holiness's recommendation. I didn't exactly shout, either, but when I am emphatic other people may see this as "emotional," which is of course unmanly except during football games. (I once managed to bring an "emotional tone," as the prof described it, into a linguistics class in grad school. I think he should have given me a medal instead, given the dullness of the subject matter.)

The thing is, on that Easter Sunday I also had Putin's speech (and video) of March 1 in mind, and was also aware of the Pentagon's February Nuclear Posture Review, which seems not only to have been written in total ignorance of Russia's new weapons but to have remained unchanged in spite of them. Unless Putin was bluffing -- which I doubt -- Russia now has overwhelming nuclear superiority, and any thoughts of a US "first strike advantage" are more insane than ever. Is that not something to shout about?

Thirteen days later the US, Britain and France bombed Syria. It could have been infinitely worse, but even so it demonstrated unmistakably how little the US and its allies care about international law or the danger of nuclear war with Russia. Especially with "Bomb Iran Bolton," a certifiable "crazy" -- as he has long been known to insiders, including former president George H.W. Bush, according to Ray McGovern -- whispering in Trump's hairblown ear, the worst case scenario is ever more likely.

So what to do? How to keep my "emotional tone" from disrupting family gatherings and polluting friendships that thrive on the exchange of smalltalk? How to keep my drives on the staight and narrow fairway without slicing into the nuclear rough?

I started attending weekly meetings of a local peace group (average attendance: 8). "How can we discuss things between meetings?" I wanted to know. What would I do if I was suddenly attacked by an emotion in the middle of the week? There was a website and an email list, but both were in the hands of the non-leader (democracy was paramount) and used strictly for annoucements only.

"What about a Facebook page," I suggested boldly. "You can open an account with a fictional name, post no photos, and use it only for political, not social, purposes. The technology is there. There are more than 2 billion active users worldwide. Why not use it?"

Nope. They knew all about Facebook. And WhatsApp and Twitter and all the trivia that floods those channels of so-called communication, about facial recognition and hacking and data mining. They preferred to interact with flesh and blood, even if was with just a few, like one, or two. I understood completely. Why waste your time with an internet flooded with hackers and hucksters, controlled by giant corporations in cahoots with governments (one in particular), and feared by many to be going down a dark road to less and less freedom (net neutrality) and more control by Big Brother? Why squander one's energy in cyberspace where what I have called the Age of Constipation (see here and here) -- when so many want to do so much and yet do so little -- is clearly in full bloom?

I gave up my idea of a Facebook page for my peace group and stopped going to meetings. There are, of course, zillions of Facebook pages and other online sites where you can post your two cents among hundreds of other comments, but I have yet to find one where real, i.e. detailed and continued, discussions take place. No doubt they exist; it's just a matter of finding them. Hence was born "World Beyond War Germany" and "Sahra Wagenknecht in English" on Facebook. Works-in-progress, infants, but who knows, the potential for growth by a factor of 2+ billion is there.

Slactivism is hardly an encouraging word, nor are any of the other words I have run across (activism 2.0, internet activism, hashtag activism, hacktivism, clicktivism) for "digital activism" -- which sounds much better. But you can take it seriously. You can certainly take it as seriously as going to lectures or demos with infinitesimal audiences in order to whoop approval of something most of the participants, as well as most of the general population, already agree with, such as "peace." Who is against it? Who is against saving the planet, for that matter, or disarmament, or love, or motherhood, or equal rights, etc. etc. Can we be a tad more specific, please?

This slacktivist wants to see debate and argument on the internet, and on specific issues. That is the way to progress: thesis + antithesis = synthesis, i.e. growth.

Another way to engage politically, at least here in Europe, is to join a party. This is a lot easier, but more expensive. They all want money, not just your mouth. Here is a table of monthly fees required for membership in various German parties:

Related Topic(s): Activism; Digital; Facebook; Internet; Organizations; Peace, Add Tags
Add to My Group(s)
Go To Commenting
The views expressed herein are the sole responsibility of the author and do not necessarily reflect those of this website or its editors.