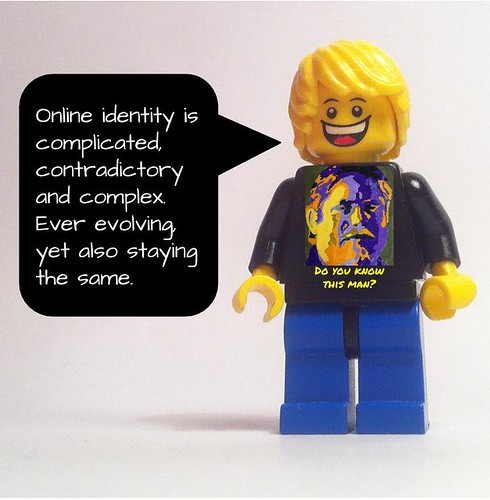 It was Sunday morning, and Vera had just told me the bad news. Our waterbed was leaking -- not cataclysmically, as I was glad to discover, since the leak was small and, our bed being the the 10-tube type, the worst case would only be one-tenth of a full-scale flood. Still, we now needed a new bed, and this occupied us for the next three days. In the meantime, and for the next couple of weeks until the new bed is delivered, we are sleeping in the guest room.

This was challenging because I am not only a monotasking male but a stubborn one at that, and it was on that same Sunday morning that I had made another discovery that I wanted to pursue. The bed issue had priority, of course. There are many different kinds of mattress for many different prices, and the choice is difficult. Over the next two days we went to a half-dozen stores and lay down for a few seconds on a couple of dozen mattresses, as if that could tell us what it would be like to spend one-third of our future lifetimes on one of them. We ended up so confused that we were ready to resort to the spurious capitalist logic that "expensive must be better."

The other discovery I had made, or thought I might have made, before the waterbed issue intervened, was about David North. I have long been a reader of the wsws.org website, and I listened attentively to his recent conversations with Chris Hedges (here and here, transcript of the latter here). I was glad to see that Hedges is also a wsws.org reader, and I thought the two of them made a good example of progressives working together for good causes, such as resisting internet censorship. More than once I had been tempted to join the Socialist Equality Party, even though joining anything goes against my grain, because it seems to me that they have their act together -- more so, for example, than the US Greens, whom I am also partial to.

After seeing and hearing David North in conversation, I wanted to know more about him. There is no personal information on his Wikipedia page, or, as it seemed, anywhere else -- except, as I discovered on Sunday, a couple of articles like this claiming that David North was really David W. Green, the owner of a $25-million printing business in Michigan (Grand River Printing and Imaging). There were links ostensibly to photos of Green, showing his resemblance to North, but all were broken. All I could find was an articlereporting that Grand River Printing was acquired by American Litho, Inc. in 2013. Its websiteis now blank, but David W. Green is still listed as its CEO on bloomberg.com, part of which I will reproduce here in case it also disappears:

Finding out this much kept me busy from Sunday to Wednesday, when I wasn't chasing mattresses and driving back and forth to Hofgeismar (an hour each way) to get rid of the waterbed paraphrenalia. Finally, just when I was about to give up, I got lucky. In one of the blogs I had run across someone mentioned that Green/North graduated from Trinity College in 1971, which I figured was more likely the one in Hartford, Connecticut, than the one in Dublin, so I googled "David W. Green" + "Trinity College." Fortunately Trinity is well endowed (it has a somewhat elitist reputation), and they have an extensive online archive, including this -- an online version of the winter 2017 edition of their magazine, The Trinity Reporter.

On p. 9, under the heading "Recent Publications," are three books by "David W. Green '71, under the pen name David North Mehring Books." [My emphasis.] These were A Quarter Century of War: The U.S. Drive for Global Hegemony, 1990-2016 (2016); The Frankfurt School, Postmodernism and the Politics of the Pseudo-Left: A Marxist Critique (2015); and The Russian Revolution and the Unfinished Twentieth Century (2014). (I made a screen shot just in case the page should disappear.)

One can also read in the archive of the campus newspaper, The Trinity Tripod, that Green was the editor-in-chief (see here, p.4), which is not surprising given his later incarnation as a socialist publisher and, presumably, as the owner of a printing company. The latter is still not indisputable, but it should not be too difficult to find out where David W. Green of Grand River Printing went to college. I am not going to pursue it any further, but I will be surprised if anyone insists on maintaining this last piece of the facade.

My suspicion is that Mr. Green aka North wants the truth to be known, without it becoming a big issue. It seems unlikely that his alma mater would reveal his true identiity without his permission. Although he has neither acknowledged nor denied it elsewhere, he can now point to this as "proof" that he never made a secret of it. This is what the CIA would call a "limited hangout." If he asked for my advice, however, I would suggest that he make a clean breast of it and tell the whole story.

It is quite understandable that a prominent socialist would wish to hide his wealthy background, his double life as a capitalist and a socialist. The list of wealthy socialists is long and has engendered many pejorative epithets (e.g., "Champagne socialist"), but the key question is not whether Marx, Engels, Lenin, Kropotkin, Castro, etc., were rich (they all were), or even what they did with their money, but were they honest about it? Did they try to keep it secret and hide behind pseudonyms? This is the more important question because it speaks directly to the character of a person attempting to demonstrate leadership.

Furthermore, this secrecy deprives us of learning potentially valuable lessons from people who, despite being born wealthy or playing the capitalist game successfully, nevertheless choose the socialist path. How do they explain this apparent contradiction? Are they simply capitalist pigs who want to cleanse their conscience, or can they present a rationale for their choices that perhaps others could and would emulate? If "David North" can be a successful capitalist and a socialist revolutionary at the same time, why can't others? What purpose is served by the secrecy? Let's leave that to the professional liars at Langley and the New York Times.

Ferreting out this bit of truth about David Green aka North cost me a good part of four days. I did better with the mattresses. On Tuesday, after we had almost decided, out of desperation, to buy two Tempur mattresses on the theory that we couldn't go too far wrong by spending a lot of money (we found some on sale for half price, 800 euros apiece), I made one more foray into the internet and discovered a Stiftung Warentest (like Consumer Reports) from 2017 that convinced me that expensive could not only be wrong but really bad, and even worst. Of the 299 mattresses they tested, including Tempur, the clear winner was one that cost 199 euros. That's the one we ordered.

The moral of this story is that internet research does pay off. Not always, of course, but any attempt to "control" (= censor) it must be resisted by all means. North/Green and Hedges are completely right about that (and many other things as well). My only weapon against "fake news" -- in this case that Tempur is the best mattress and that David North is (only) David North -- was an unfettered internet.

Related Topic(s): David North; Socialism, Add Tags
Add to My Group(s)
Go To Commenting
The views expressed herein are the sole responsibility of the author and do not necessarily reflect those of this website or its editors.