But the press will only go so far. Then the curtain drops. 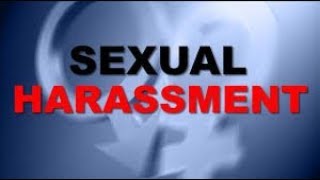 We are seeing some exposure of sexual predators. But there are very large cases already out in the open.

And the press carries out its prime directive: cover the issue BUT don't follow up, don't reveal the stunning implications.

Here are just three examples of many --

LA Times, 10/27/11: "The addresses for more than 1,000 state-licensed care facilities for vulnerable people in California matched addresses on the state sex offender registry, according to a newly released audit."

What?? How were 1,000 registered sex offenders allowed to attach themselves to care facilities, or even worse, organize the facilities? And are we supposed to believe these 1,000 occurrences were independent of each other? Or were they the result of an overall plan? No press follow-up.

"State Auditor Elaine M. Howle said the California Department of Social Services failed to check the sex offender registry even after her office advised it to do so in 2008."

"Investigations are now complete and the state said eight licenses have been revoked or suspended and regulators issued 31 orders barring individuals from licensed facilities."

What?? A thousand registered sex offenders are connected to care-facilities, but only 39 actions have been taken? Again, no press follow-up.

CBS News, May 5, 2014: "The Vatican revealed Tuesday that over the past decade, it has defrocked 848 priests who raped or molested children and sanctioned another 2,572 with lesser penalties, providing the first ever breakdown of how it handled the more than 3,400 cases of abuse reported to the Holy See since 2004."

"The Vatican's U.N. ambassador in Geneva, Archbishop Silvano Tomasi, released the figures during a second day of grilling by a U.N. committee monitoring implementation of the U.N. treaty against torture."

"Only in 2010 did the Vatican explicitly tell bishops and superiors to also report credible cases to police where local reporting laws require them to."

What?? "Where reporting laws REQUIRE THEM to"? In other words, as far as the Vatican is concerned, if there is no explicit law, HIDE THE CRIMES. This in itself is not a major press story? Where is the deep follow-up?

Related Topic(s): Criminal Cover Up; Media; Sex Crimes; Sexual Abuse; Sexual Predators, Add Tags
Add to My Group(s)
Go To Commenting
The views expressed herein are the sole responsibility of the author and do not necessarily reflect those of this website or its editors.