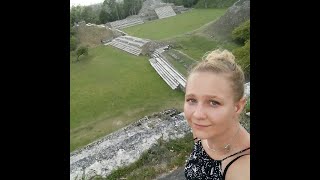 Reality Winner, the former NSA contract employee who allegedly provided a classified document to two journalists at The Intercept, agreed on Tuesday to change her plea to "guilty" and to accept a sentence of 63 months in prison, three years of "supervised release" and forfeiture of her electronic devices. The plea was made to one count of "espionage," which, since my case in 2012, has been interpreted as "the provision of national defense information to any person not entitled to receive it." The sentence is unprecedentedly harsh and Winner was brought into the court literally in chains.

There are several differences between Winner's case and those of other national security whistleblowers, including Tom Drake, Jeffrey Sterling, and me.

First, prosecutors went after Winner's social media, focusing on one post immediately after Donald Trump's election in which she wrote "#RESIST," "#NoFuckingWall," and "#NeverMyPresident." The judge in her case interpreted this to mean that Winner "hates America" and would be a flight risk if she were to have been granted bail. Instead, she was held for more than a year without bail, the same condition set for murderers, terrorists, and violent pedophiles.

Second, the rest of us were charged and tried in either the Eastern District of Virginia (Sterling and me) or the District of Maryland (Drake). Winner was charged in the Southern District of Georgia, which had never before had a national security case.

Third, Sterling, Drake, and I had access to some of the best national security defense attorneys in the country. They were experienced, knowledgeable, and knew their way around a courtroom. Winner's attorney was local. And he had never before handled a national security case.

I've written in the past about tactics that the Justice Department uses to convict whistleblowers of espionage. They use the tactic of "charge stacking," in which they file multiple felony charges against a defendant (nine for Sterling, nine for Drake, and five for me), they wait until you go bankrupt trying to pay your $1000-an-hour attorneys, and then they approach you and offer to drop all the charges but one if you agree to plead guilty to a felony. Knowing the federal government wins 98.2 percent of its cases, you really have no alternative other than to take a plea. It's an economic decision. As one of my lawyers told me when I said I would reject the plea and go to trial, "This can be a blip in your life or it can be the defining event of your life. Make it the blip."

The other tactic is "venue shopping." The Justice Department will seek to charge you in the district where they think you will get the severest sentence. That's usually the Eastern District of Virginia. This is sometimes a stretch, but it's something that the Justice Department gets away with all the time.

Look at Jeffrey Sterling as an example. Jeffrey was a CIA officer accused of providing classified information to a New York Times reporter. He was adamant about his innocence. He never wavered. And he went to trial rather than take a plea. Jeffrey was living in Missouri at the time that he was accused of passing the information. That's the Eastern District of Missouri. He was working remotely for a firm in New York, which is the Southern District of New York. The reporter lived in the federal District of Maryland and worked in Washington, DC, which is the federal District of the District of Columbia.

But Jeffrey was charged in the Eastern District of Virginia, the "espionage court." How did the feds get away with that? An FBI agent went to a Barnes & Noble bookstore in Arlington, Virginia, bought the reporter's book, which allegedly contained information provided by Jeffrey, said that that constituted a crime in the district, and issued the charge. It's all smoke and mirrors and there's nothing you can do about it.

(Conversely, if you're one of the privileged class, you get this treatment: Former general and CIA director David Petraeus gave the names of 10 covert CIA officers to his girlfriend, who was also writing his hagiography, and he also gave her access to the president's "black books," literally the most highly-classified information the US government possesses. He was charged with one misdemeanor count of "failure to secure classified information" in the Western District of North Carolina. He pleaded guilty and was sentenced to 18 months of probation. When sentencing was done, the judge came down from his bench to thank Petraeus for his service to the country. Pretty nice treatment, right?)

With that said, all of these cases took place during the Obama administration. I have complained relentlessly about Barack Obama's war on whistleblowers and his Nixonian obsession with leaks. I had hope that Donald Trump would be better. I actually said publicly that he couldn't be worse. But he is. Attorney General Jeff Sessions said that the Justice Department is investigating three times the number of national security leaks that were investigated under Obama. Reality Winner is the first person sentenced in that witch hunt. She got more than double what Jeffrey Sterling and I got. It's a harbinger of things to come.

There's only one solution. It is to amend the Espionage Act to allow for an affirmative defense. If the revelation was in service to the American people it should not be a crime. Remember, it's illegal to classify a crime. So if a person reveals, say, the CIA's torture program, that's technically not classified because torture is a criminal action. The Whistleblower Protection Act also must be amended to include protections for national security whistleblowers, who are currently exempted from its coverage.

The problem is, though, that there are no constituent votes to be won by amending the Espionage Act or the Whistleblower Protection Act. Can you imagine going before a crowd at a political rally and promising that, if elected, you'll weaken the Espionage Act? Neither can I.

In the meantime, buckle your seatbelts. Jeff Sessions has a lot planned.

Related Topic(s): CIA; Justice Denied; Justice Department; Leaks; Sessions-Jeff; Whistleblower, Add Tags
Add to My Group(s)
Go To Commenting
The views expressed herein are the sole responsibility of the author and do not necessarily reflect those of this website or its editors.