The August 21 eclipse across the US captured the attention of citizens and media, though most people were not aware of the deeper archetypal meanings. Archetypes are deeply symbolic images from the collective consciousness that transcend the passage of time and speak to the soul.

In Greek mythology, Apollo is the god of the sun, and his twin sister, Artemis, is goddess of the moon.

In one story, Apollo is in pursuit of Daphne, a nubile young nymph who is not amused by his unwanted sexual advances. He is a stronger, faster runner, and as he is about to descend upon her, she calls in desperation to the gods to transform her into an inanimate object in order to avoid being raped. Her prayers are answered, and she is changed into a tree at the last moment, not unlike women who desperately block their hearts and emotions when they are sexually assaulted. 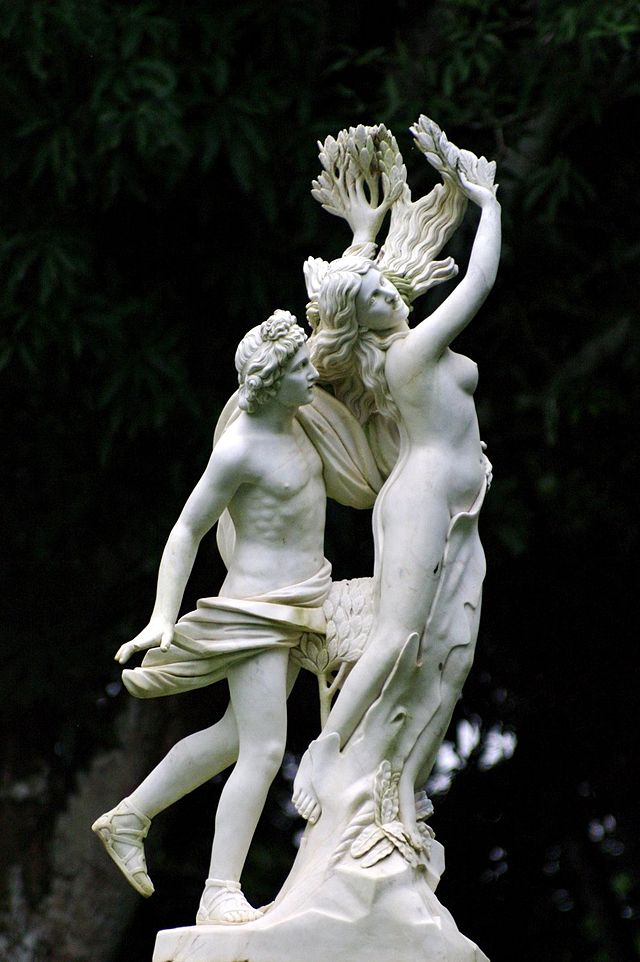 Apollo and Daphne by Bernini
(Image by (Not Known) Wikipedia (commons.wikimedia.org), Author: Author Not Given)   Details   Source   DMCA

Ancient stories of the misuse of the sun's masculine powers bear a strong resemblance to what we see transpiring in toxic patriarchy today. Patriarchy uses its physical strength to subjugate others and to seize power, it is only concerned with self, and is perfectly willing to use the infirm, dead and dying as stepping stones on its way to the top of the heap.

Many are surprised to consider that this out-of-balance patriarchy is not only detrimental to women in society, it is actually worse for men. It is a disasterously imbalanced mindset. Women can lose their power, their self respect, even their hope. But in toxic patriarchy, men lose their very souls.

Artemis, goddess of the moon, was long worshipped at Ephesus as nature's Great Mother. Her sacred animal is the bear. She is a freedom-loving huntress goddess who lives an independent life in the forest, a virgin goddess unencumbered by a male partner. The label of "virgin" carried a different meaning in those days, it did not mean that a woman had never had a sexual partner. It meant that when she did have sexual partners, she maintained her personal power intact, like the well known Vestal Virgins of Greek antiquity who engaged in sexual relations for spiritual healing purposes, but who were not owned by any man.

Patriarchy changed the meaning of the label of virgin in order to control women. A woman who is "pure" is naturally someone who cannot make evaluations regarding a man's performance. Therefore any man who is unable or unwilling to strive for excellence in that arena is off the hook.

So the archetype of the moon eclipsing the sun represents the feminine reclaiming her lost power from the patriarchy. 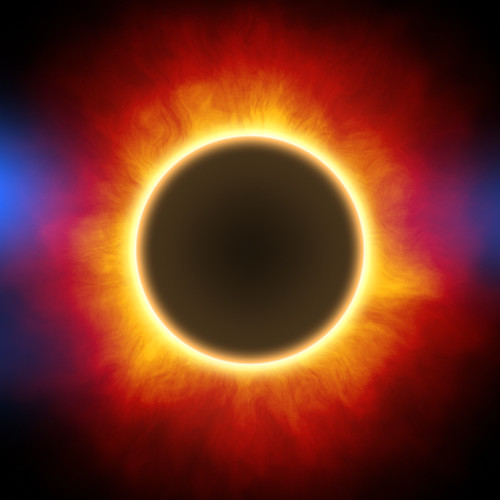 The last eclipse I experienced was on July 20, 1963, an 85% eclipse not far from New York City. The sky darkened eerily, birds chirped and then quieted, animals scurried to their beds. We looked at the eclipse through a box camera reflection. it was still an innocent time in many ways, even though I was well practiced at hiding under my school desk in case of atomic attack. A month later, Martin Luther King made history on the mall with his "I Have a Dream" speech. He went off book when Mahalia Jackson shouted, "tell us your dream," inspiring the words that are now considered the defining speech of the 20th Century, replete with feminine values of vision, equality and compassion.

Three months after that, the world changed forever when a hopeful and vibrant young president was killed in an act we can now view as toxic patriarchy in quest of power. No one told kids much in those days, nor gave us an opportunity to express the feelings we had. We were seen and not heard. But we watched, almost hyptnotized, as Walter Cronkite cried on TV in a public display of emotion unheard of at that time. It seemed to open the door in that uptight era to the notion that men were allowed to experience emotions as women did.

Related Topic(s): Eclipse; God; Goddess; Patriarchy; Power; Story; Women, Add Tags
Add to My Group(s)
Go To Commenting
The views expressed herein are the sole responsibility of the author and do not necessarily reflect those of this website or its editors.