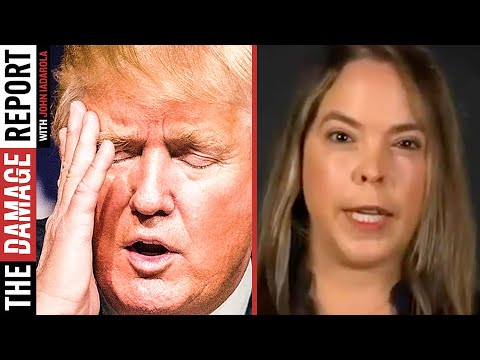 In more than 55 years of covering presidential elections and other political activity, which included seven as a political operative for the GOP, I have never seen so many members of one party publicly renounce their incumbent president and declare they will vote for the candidate of the opposing party.

Olivia Troye, special advisor for homeland security, coronavirus and counter terrorism for vice president Mike Pence, announced today is voting for Democrat Joe Biden because of president Donald Trump's "flat out disregard for human life" during the pandemic that has now killed more than 200,000 American residents.

"The president's rhetoric and his own attacks against people in his administration trying to do the work, as well as the promulgation of false narratives and incorrect information of the virus have made this ongoing response a failure," Troye told The Washington Post in an interview.

She joins a growing list of former Trump officials, including national security advisor John Bolton and former secretary of defense Jim Mattis, who declared Trump "unfit to be president."

That list is part of an expanding group of Republicans who are working to defeat Trump in the election on Nov. 3, including The Lincoln Project, founded by GOP strategist Steven Schmidt and prominent Washington lawyer George Conway, husband of now former Trump campaign manager and administration adviser KellyAnne Conway, who have both left their jobs to work with family and reconcile their marriage.

"We are interested in promoting ideas. We are committed to founding principles. And we are eager to outline a more hopeful vision of America's future," Taylor says in a statement.

At the Democratic presidential nominating convention this year, it seemed like more Republicans spoke than Democrats. Why? Because they have put America above party and decided that Trump is a danger to the nation, to democracy and mankind.

"Weak leaders, nationwide discord and a confluence of crises are threatening our country's greatness," said Sarah Longwell, the executive director of Defending Democracy Together, a separate group that is backing the efforts by REPAIR. "Now is the time to speak up. REPAIR will promote authoritative voices and shape the debate about America's direction."

"The president has tried to turn DHS, the nation's largest law enforcement agency, into a tool used for his political benefit. He insisted on a near-total focus on issues that he said were central to his reelection, in particular building a wall on the U.S. border with Mexico. Though he was often talked out of bad ideas at the last moment, the president would make obviously partisan requests of DHS, including when he told us to close the California-Mexico border during a March 28, 2019, Oval Office meeting it would be better for him politically, he said, than closing long stretches of the Texas or Arizona border or to "dump" illegal immigrants in Democratic-leaning sanctuary cities and states to overload their authorities, as he insisted on several times.

Related Topic(s): Republican Take Back The GOP; Republicans For Biden; Take Trump Down; Trump Against Democracy; Trump Campaign; Trump Mexico Wall; Trump Re-election, Add Tags
Add to My Group(s)
Go To Commenting
The views expressed herein are the sole responsibility of the author and do not necessarily reflect those of this website or its editors.