I really wasn't planning on watching the "debate" at all. I'm generally happier being in control of such things rather than their being in control of me. So, as I usually do in these matters, I check the "morning-after" reviews, and if so compelled, catch a peak of snippets of the actual event on YouTube or some other Internet site.

But, I awoke from my little nappy at around 9:30 PM last night. So, I made my way to my computer to see how things were going. The MSM, at this point was already freaking out about the "chaos". So, I took the mute off the little live stream video one of the sites had going, and took a peak in.

What struck me hard and almost viscerally was just how miserable Trump looked. He really seemed like a homeless person who had been taken off the streets and plopped next to someone on a TV debate stage. His face was fat and swollen and seemed to be pulsating red, with as painful, hurt and angry an expression as I've ever seen on a "grown man". Sonny Liston coming off the ropes after taking a pummeling from Mohammed Ali couldn't hold a candle to the expression on our President's face. I then realized the simple fact of the matter was that Donald Trump, who puts "winning" above everything was actually living out his own worst nightmare: he was losing (big-time, at the moment...) globally, i.e. in front of the entire world. His losing, was the #1 news story, internationally, and there wasn't a damn thing he could do about it. And the person responsible for his losing, was now standing ten feet away from him on a stage, on live television.

Strategies??? The MSM pundits were talking strategies? Donald Trump had calmly and reasonably thought his performance last night through prior to coming, and what we were witnessing was a thoroughly calculated, game of 3-D chess, by this giant of the world stage???

I don't think so.

He was more like a mortally wounded wolf or bear coming face to face with the cause of its unbearable suffering.

And perhaps a close second to Trump's world class personal humiliation, I imagine was his growing realization that if he actually does lose this thing in November, it would be just a matter of weeks before he is escorted out of the White House on January 21, 2021, and placed under house arrest (at best) for the dozens of legal actions against him, which he couldn't be indicted for as long as he was President. Not the least of which could very well be treason.

So, I wasn't necessarily persuaded by what I would call the generally "objective" accounts of the "debate".

No, this was sheer high drama and political theatre at its most cutting.

And no matter what he does, at the moment, Trump can't stop the bleeding. 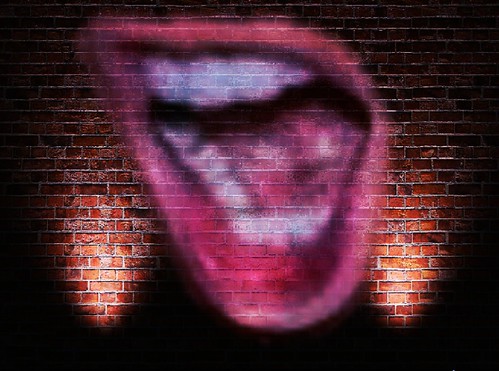 Related Topic(s): Debate; Debate Exclusion; Drama; Internet; Internet; Living; Other; Other; President; Pundits; (more...) Second Presidential Debates; Suffering; Television; Treason; Trump; Video; Winning; Youtube, Add Tags  (less...)
Add to My Group(s)
Go To Commenting
The views expressed herein are the sole responsibility of the author and do not necessarily reflect those of this website or its editors.