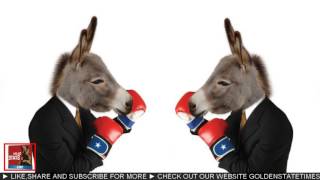 Will the Democratic Party open itself up to the new grassroots energy and activism that is rising in American politics, or will its insiders assume they can continue business as usual yet still reap the benefits of the resistance to Donald Trump?

A key test will come this week, as the nearly 450 members of the Democratic National Committee gather in Washington to consider the unanimous recommendations of the their Unity Commission on party reform. This commission was chartered at the 2016 Democratic presidential convention to make recommendations to ensure the party's presidential nominating process would be "accessible, transparent and inclusive."

The Commission emerged from an effort to unify the party following the bruising primary battle between Hillary Clinton and Bernie Sanders. The 21-member Commission has eight members chosen by Sanders, with the remainder named by the Clinton campaign and DNC Chair Tom Perez. Its recommendations -- carefully crafted compromises -- would, if adopted and enforced, redress some of the party's more egregiously anti-democratic procedures exposed during the 2016 campaign.

The reform package would cut by 60 percent the number of so-called Superdelegates -- unpledged delegates who are free to vote for any candidate of their choice, no matter who won the support of the voters of their state. These accounted for a stunning one-sixth of the all of the nominating votes cast in 2016. Nearly all backed Hillary Clinton, and their votes inflated her tally before voters in primaries and caucuses cast a single ballot.

The Commission would also reform primaries, requiring states to support automatic and same-day voter registration, and to allow same-day party switching, enabling the Democrats to capture the new energy unleashed by fresh candidates. This is in stark contrast with the norms in 19 states, which make switching to register as a Democrat difficult, notably New York where a voter would have had to register his or her party affiliation in October 2017 to vote in the September 11, 2018 primary.

The reforms would also modernize caucuses, requiring the disclosure of vote counts (which doesn't currently happen in Iowa or Nevada), as well as allowing absentee ballots and requiring same day registration, written votes and a procedure for a recount.

Importantly, the Commission calls for state parties to create a growth plan, including "transparency for election to party leadership" with nominating deadlines "clear and open to all Democrats." This challenges the corrupted process of states like New Jersey, where local bosses basically decide who can run.

The reforms would also create new standards for financial transparency at the DNC, including an independent enforcement mechanism. DNC Chair Thomas Perez embraced the reforms, saying "We haven't seen these types of sweeping reforms in over 30 years."

It Should Be Easy

Adoption of these reforms -- given the Unity Commission's unanimous support and the embrace of Perez -- ought to be easy, but the Democratic Party is structured to resist change. The recommendations must first be reviewed and voted on by the DNC's Rules Committee, a body that bizarrely has no representation of Sanders supporters.

After this, the full DNC will vote on what comes out of the Rules Committee, or if their changes rouse Unity Commission opposition, consider two packages: one from Rules, and one from the Commission. Many DNC members will be voting on whether to eliminate their own Superdelegate prerogatives: Superdelegates will be mandated to vote in accordance with the choice of the voters in their state.

But even if these reforms gain DNC support, that's only the end of the beginning. The Democratic Party isn't really a national party. Each state party is separately incorporated, and each makes its own rules and adheres to different state laws. So the recommendations will need to be adopted by each state party. To enforce that, the national DNC will have to penalize those who resist -- by stripping them of delegates.

Pushing At The Gates

Insider inertia can suffocate change. The party's pros may well not realize how explosive -- and destructive -- it would be to block what are relatively moderate reforms. Roused by Sanders, an entire new generation is pushing at the party's gates.

Enraged by Trump and the Republican Congress, citizen movements -- Black Lives Matter, #MeToo, the Dreamers, the Fight for $15, March for Our Lives and more -- are bringing new energy and people into electoral politics. Unprecedented numbers of fresh candidates are challenging incumbents up and down the ballot.

This will necessarily lead to contentious primaries, and unsettling conflicts. If the DNC votes against reform -- or the state parties torpedo it -- it will feed cynicism about the rigged system and turn activists toward third parties, or away from electoral politics altogether.

Related Topic(s): Democratic Capitalism; Democratic Party; Democratic Sellout; Politics; Superdelegates, Add Tags
Add to My Group(s)
Go To Commenting
The views expressed herein are the sole responsibility of the author and do not necessarily reflect those of this website or its editors.