The outcome of the 2020 election may be uncertain, but it is crystal clear that the interests of the capitalist class will be preserved at all costs throughout the pandemic-induced Great Depression. No amount of economic pain or mass protest against policing can spur a revival in the stability of capitalism. Mass unemployment and poverty is the norm, and so too is the need for the ruling class to blame China and the left for the myriad of ills that befall the masses. 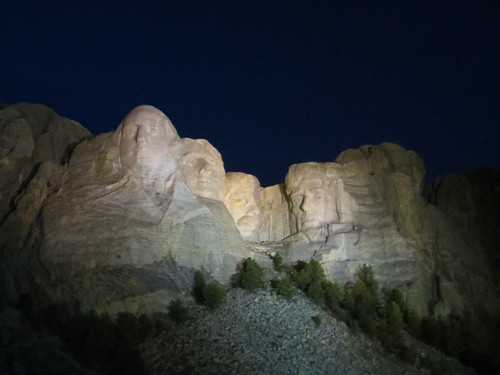 The Trump administration and the corporate media have made it abundantly clear: China is the problem. A myriad of American-made lies about China, from the fictional detainment of Uyghurs in "concentration camps" to the accusation that China intentionally spread COVID-19 by allowing international travel out of Wuhan after the January 23rd lockdown, have resurfaced in recent weeks. The lies told by Secretary of State Mike Pompeo and his mouthpieces in the media have justified an escalation of U.S. military hostilities in the South China Sea as well as a host of domestic policies targeting international students and Chinese media. Increased hostilities toward China provide a welcome distraction from the worldwide economic collapse facilitated in large part by a flailing U.S. capitalist economy.

The economic crisis first emerged out of thin-air as Wall Street gambled on the pandemic in its early stages. Once it became clear that COVID-19 required a massive state response to contain, the U.S.' financial bubble burst. Finance capital saw the writing on the wall: only massive stimulus from the Federal Reserve could protect its massive profits amid partial lockdown orders that left millions of workers unemployed in a haphazard attempt to prevent the virus' spread. The CARES Act passed in March of 2020 facilitated one of the largest wealth transfers in the history of capitalism. Trillions of U.S. dollars poured into corporate coffers to keep finance and monopoly capital afloat.

All but forgotten was the fact that capitalism cannot exist without the exploitation of labor. Labor is the source of all profit under capitalism, even the fictitious profits accumulated by Wall Street firms. The economic collapse was engineered principally because thirty million U.S. workers have filed for unemployment since partial lockdowns were instituted in cities across the country. In NYC, two million residents of a total of nine million in the population are food insecure. The stimulus sent to the largest banks and corporations did not resolve the crisis of capitalism produced by chronic underconsumption; it fueled more suffering. Capitalism produces a destitute working class by design. The COVID-19 pandemic has merely accelerated this process to its logical but no less devastating conclusion.

The massive loss of life in the U.S. to the pandemic coupled with an economic depression has inevitably given rise to a political crisis that no amount of hostility with China can mask. Donald Trump found himself in a position to lead when the pandemic emerged, but has come up worse than empty just months before votes are cast for the presidential election. No longer can Trump talk about "making America great" through strong yet misleading economic indicators. Furthermore, COVID-19 and the uprising against racist policing in the U.S. has revealed a level of popular discontent that only benefits his opponent, Joe Biden. Luckily for Trump, Biden's declining cognition and his inability to inspire anyone but Wall Street means that the 2020 election will be closer than many Democrats think.

Still, the U.S. is mired in a crisis of legitimacy and Trump is rightfully caught in the crossfire. Trump's poll numbers (whatever they are worth) against Biden are less than spectacular. Donald Trump is also the target of a rupture in the Republican Party that has spurred the formation of The Lincoln Project, an anti-Trump non-profit led by Republican strategists who are dedicated to sinking Trump's reelection chances. The Lincoln Project, however, offers no proscriptions to address the economic crisis facing the working class. Neither does the Democratic Party or Joe Biden.

Biden has repeated over and over again that he opposes policies that will provide long-term relief for workers living through a capitalist Great Depression. In this way, he shares much with Donald Trump. Biden opposes Medicare for All and a regular stimulus payment to workers to ease the pain of unemployment and underemployment. The Biden campaign has as its principle goal the return of the United States to what it was before Trump came into office. Such a return to "normalcy" is a guarantee that workers living in the "new normal" of a pandemic-induced Great Depression will continue to experience austerity even as the U.S.' institutions of repression and war grow more fat during each budgetary cycle.

That no political solution to the economic crisis resides in either of the two political parties clearly demonstrates how the capitalist system is simply incapable of offering anything of substance to the working class and creating the kind of stability necessary for economic growth. The U.S. ruling class is fully reliant on scapegoats to maintain economic and political hegemony, which is in keeping with its centuries-long existence as a racist, settler colonial order. In 2020, the principle scapegoats have been China and the left. Anti-China policy has been a staple of Trump's racist scapegoating since he first entered the 2016 election but it took an uprising against racist policing for him to set his full sights on the left. In his July 4th speech at Mount Rushmore, Trump directly attacked the left in Nixon-era "law and order" fashion:

Make no mistake. This left-wing cultural revolution is designed to overthrow the American Revolution. In so doing they would destroy the very civilization that rescued billions from poverty, disease, violence, and hunger, and that lifted humanity to new heights of achievement, discovery, and progress. To make this possible, they are determined to tear down every statue, symbol, and memory of our national heritage. Not on my watch . . . That is why I am deploying federal law enforcement to protect our monuments, arrest the rioters, and prosecute offenders to the fullest extent of the law.

There are a host of liberals and even Marxists who believe that this "law and order" approach to the uprising against police brutality in the U.S. coupled with the pandemic crisis will lead the Trump administration to cancel the election. This kind of speculation is largely unhelpful as it presumes that such a scenario can be predicted. Furthermore, fearmongering about the future of the 2020 election does nothing to assist the working class in shaking off the shackles of the capitalist crisis in the here and now. Universal healthcare, housing, living wages, and a massive scale back in the racist and murderous military and police-state apparatus are the only immediate reforms that can secure the future of the working class at home and abroad. Joe Biden stands just as much in the way of a society that can provide such things as Donald Trump and is more likely to lose to Trump by way of the electoral college than facilitate a cancellation of the 2020 election.

The outcome of the 2020 election may be uncertain, but it is crystal clear that the interests of the capitalist class will be preserved at all costs throughout the pandemic-induced Great Depression. No amount of economic pain or mass protest against policing can spur a revival in the stability of capitalism. Mass unemployment and poverty is the norm, and so too is the need for the ruling class to blame China and the left for the myriad of ills that befall the masses. This doesn't change the fact that blame for the capitalist crisis rests at the feet of the United States first and foremost. And it will take a mass movement of the working class, with Black people and oppressed people in the lead, to chart a new course for the United States that is driven by the ideological and material demand for socialism rather than the reactionary scapegoating and political repression inherent in the capitalist system.

[Republished from The American Herald Tribune]