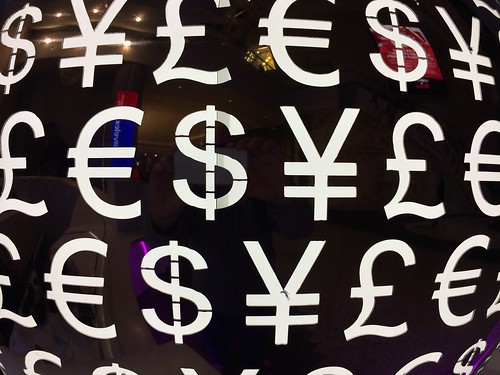 Part 1: Inadequacy of Modern Monetary Theory (MMT) and the Power of the US Dollar in the World Economy

Modern Monetary Theory (MMT) has become popularized by some of the liberal-left because it offers an explanation how to achieve full employment, national health insurance, free college education, and the Green New Deal without raising taxes. Political leaders like Alexandria Ocasio-Cortez and Bernie Sanders have espoused MMT. Economist Stephanie Kelton, a leading spokesperson of the theory, served as chief economic adviser to Sanders during his 2016 presidential campaign.

We summarize the basics of MMT on the significance of a "sovereign" currency and consider which currencies meet the conditions of being sovereign in the existing structure of the world economic system. This requires a review of the role the US dollar plays in world trade and how the dollar dominates the world trade system. For MMT, the existence of a sovereign currency explains the US capacity to keep pumping dollars into the economy and not experience inflation. In a subsequent article we address the validity of this last claim.

The Essentials of Modern Monetary Theory

The central idea of MMT states that a country that issues its own currency, a "sovereign" currency, can never run out of money or go bankrupt the way households or businesses can. Any government spending can be paid for by the creation of more money. Therefore, national government spending should not be determined by balancing the budget or limiting deficit levels, but only by whether spending is keeping the economy at full employment and at a reasonable level of inflation.

The US government, being a currency issuer, has its own sovereign currency, the dollar, just as Japan has the yen, and Britain the pound. The US, as the exclusive producer of the US dollar, can create more money whenever it needs. That is not the same for countries without their own currency, such as the eurozone nations which are shared users of the euro. In a similar manner, state and local governments in the US do not possess their own currency, and have to keep balanced budgets.

MMT states national government spending does not have to be paid for with taxes. It can print money and not experience inflation. The purpose of taxes, according to MMT, serves to limit inflation, by taking consumers' money out of the money supply. This goes against the conventional idea that taxes provide the government with money to spend on the military, build infrastructure, fund social welfare programs, etc.

Related Topic(s): Modern Monetary Theory; Monetary Soverereignty, Add Tags
Add to My Group(s)
Go To Commenting
The views expressed herein are the sole responsibility of the author and do not necessarily reflect those of this website or its editors.