Click Here to Remove All Ads
Source: The Guardian
No healthy democracy can endure when the most consequential acts of those in power remain secret and unaccountable 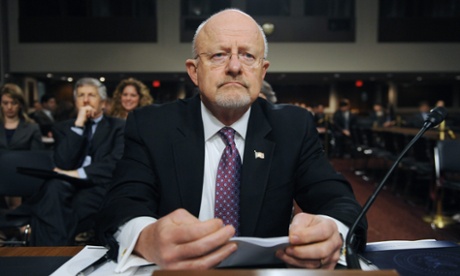 We followed Wednesday's story about the NSA's bulk telephone record-gathering with one yesterday about the agency's direct access to the servers of the world's largest internet companies. I don't have time at the moment to address all of the fallout because -- to borrow someone else's phrase -- I'm Looking Forward to future revelations that are coming (and coming shortly), not Looking Backward to ones that have already come.

But I do want to make two points. One is about whistleblowers, and the other is about threats of investigations emanating from Washington:

1) Ever since the Nixon administration broke into the office of Daniel Ellsberg's psychoanalyst's office, the tactic of the US government has been to attack and demonize whistleblowers as a means of distracting attention from their own exposed wrongdoing and destroying the credibility of the messenger so that everyone tunes out the message. That attempt will undoubtedly be made here.

I'll say more about all that shortly, but for now: as these whistleblowing acts becoming increasingly demonized ("reprehensible," declared Director of National Intelligence James Clapper yesterday), please just spend a moment considering the options available to someone with access to numerous Top Secret documents.

They could easily enrich themselves by selling those documents for huge sums of money to foreign intelligence services. They could seek to harm the US government by acting at the direction of a foreign adversary and covertly pass those secrets to them. They could gratuitously expose the identity of covert agents.

None of the whistleblowers persecuted by the Obama administration as part of its unprecedented attack on whistleblowers has done any of that: not one of them. Nor have those who are responsible for these current disclosures.

They did not act with any self-interest in mind. The opposite is true: they undertook great personal risk and sacrifice for one overarching reason: to make their fellow citizens aware of what their government is doing in the dark. Their objective is to educate, to democratize, to create accountability for those in power.

Related Topic(s): Accountability; Government Bullying; Government Intrusion; NSA; Surveillance; Whistleblowers-ing, Add Tags
Add to My Group(s)
Go To Commenting
The views expressed herein are the sole responsibility of the author and do not necessarily reflect those of this website or its editors.