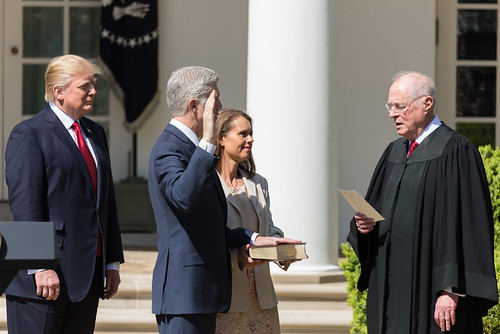 I consider the label progressive to be the tag identifying the decent component of humanity. Progressives care about their fellow man, the entire community, people they do not know. If decency prevailed we would know and live fairness, justice and the restoration of ecological systems and the planet.

Much of what prompts this piece is a comment by President Obama some years ago when he stated the Republican resistance to his proposals were "a legitimate philosophical difference of opinion". This annoyed me greatly.

I do not believe progressive thinking to be solely ideological even as ones fundamental decency is not ideology. I think decency is an expression of ones state of being, a marker of our level of spiritual evolution. This personal reality underpins everything we say, feel, think or do and our ideology emanates from this spiritual foundation.

All the above is preamble to make the case that we progressives should never engage conservatives on distinctions based on their ideologies (read policies) rather the morality, or lack thereof, that supports their rationales. Before engaging conservatives in conversation ask what is the moral basis of their views. Conservatives hate this idea because it exposes who and what they are and are not.

Perhaps the best example of conservative psychology masquerading as ideology is Judge Gorsuch's decision mandating that a truck driver should be required to die rather than drive his tractor cab to safety (TransAm Trucking v. Administrative Review Board). Here Gorsuch would provide ideologically conservative rationale for his decision and I argue that we need not entertain his rationale until we make it clear that Gorsuch is a moral retard.

We should always make clear the moral basis of all positions to the best of our abilities and this includes with friends and family. Do you want to make friends or make a difference?

Clearly, we the decent hold no power but we can do this and over time it may possess a dynamic actually empowering the powerless. It feels a lot better than Obama's providing cover for and legitimizing what is illegitimate and is more empowering and proactive than writing ineffectual articles back and forth to each other.

If we truly are looking to help rather than looking for attention we must find a way through our endless whining and sniveling to behaviors that might actually help the cause of mankind and the planet.

Related Topic(s): Conservatives; Decency; Fairness; Friends; Ideology; Obama; Progressives; Psychology; Reality; Resistance; (more...) Spiritual; Thinking, Add Tags  (less...)
Add to My Group(s)
Go To Commenting
The views expressed herein are the sole responsibility of the author and do not necessarily reflect those of this website or its editors.