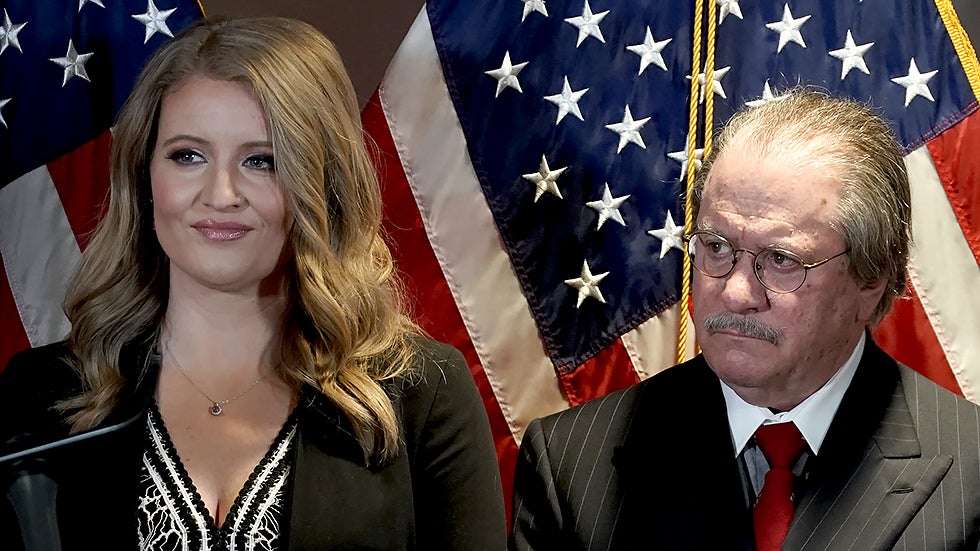 It is December, and the democratic process is being severely tested. However, with judges like Federal District Judge Matthew Brann standing up for truth, democracy is winning.

On the other hand, there are some who are still aggressively working to destroy the democratic process, and in doing so have (were I a prosecutor) laid themselves open for potential prosecution for making threats.

Memories of a time decades ago flooded through me when I saw the name Howie Carr in the story I am sharing. Carr has been a picture of job stability, because he has written for the Boston Herald for almost 50 years. He was a reporter on the organized crime beat, and has written several best-selling books on Whitey Bulger and the Boston Irish mob. He is widely respected in conservative circles.

He once wrote a very uncomplimentary and inaccurate account of some affairs in my civil-rights attorney father William P. Homans Jr.'s life. He was a scurrilous tabloid-style reporter in those days when I lived around Boston and was tangentially connected to people like those on whom he reported.

One of Donald Trump's attorneys (the story does not say what the counselor does for Trump), Joe diGenova, appeared on the Howie Carr Show yesterday and threatened Chris Krebs, the former head of the Cybersecurity and Infrastructure Security Agency (CISA), the wonk who of all officials, fired or still working, knows exactly how secure the 2020 presidential election was. Trump fired Krebs last month for saying so.

"Anybody who thinks the election went well, like that idiot Krebs who used to be the head of cybersecurity," diGenova said. "That guy is a class A moron. He should be drawn and quartered. Taken out at dawn and shot."

If you or I as private citizens were to publicly threaten sitting (or fired) federal officials on a right-wing (or left-wing!) show, the FBI would be at our doors, and federal charges would likely ensue. That is not likely to occur in this case, because, at least for another 50 1/2 days, Joe diGenova is "connected," as we used to say.

But seeing Howie Carr's name intimately involved with such a thug lawyer just gave me a chuckle, after knowing last night at sundown that the winter was truly here, it would be a hard freeze, and it was the last time I would commune with my brave, beautiful garden plants, after a lovely, long, warm, dry fall. The turnip greens, of course, laugh at mere high-20s temperatures; I'll have them all winter!

As the sun left the sky, and the temperature fell, I assured my annuals that I would be thinking about them as I planted next year's crops-- tomatoes, eggplants, okra, various peppers, basil, cilantro, and all the fresh greens that say, "spring is here!" I may even plant a couple of hills of watermelon next year...

BTW those are eggplant flowers; I never thought to try them as food before, but sauteed, they are delicious. That's a delicate okra flower, and a couple of my lovely eggplants. They were neglected sets, the dregs remaining after people had bought all the best ones. But like a rescue dog (like this one, whose name is Philo), I took them home, and they all bore fruit, and gave me quiet satisfaction all year. I almost must thank the pandemic for keeping me home for the last 9 months.

Eggplant flowers. They are delicious sauteed!
(Image by self)   Details   DMCA

An eggplant, still flowering on Thanksgiving Day
(Image by self)   Details   DMCA

Pinot was My Darling Dog. Now Philo, another rescue dog, is my companion.
(Image by self)   Details   DMCA

The hardy turnips got an unexpectedly long time to develop to their beautiful current state.
(Image by self)   Details   DMCA

Related Topic(s): Howie Carr Show; Joe Digenova; Lawyer Issuing Threat; Trump Lawyers, Add Tags
Add to My Group(s)
Go To Commenting
The views expressed herein are the sole responsibility of the author and do not necessarily reflect those of this website or its editors.