... Top-secret documents detail repeated efforts to crack Tor
... Tool funded by US government and relied on by dissidents and activists
... Core security of network remains intact but NSA has some success attacking users' computers 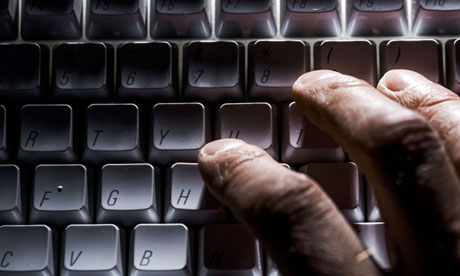 The National Security Agency has made repeated attempts to develop attacks against people using Tor, a popular tool designed to protect online anonymity, despite the fact the software is primarily funded and promoted by the US government itself.

Top-secret NSA documents, disclosed by whistleblower Edward Snowden, reveal that the agency's current successes against Tor rely on identifying users and then attacking vulnerable software on their computers. One technique developed by the agency targeted the Firefox web browser used with Tor, giving the agency full control over targets' computers, including access to files, all keystrokes and all online activity.

But the documents suggest that the fundamental security of the Tor service remains intact. One top-secret presentation, titled "Tor Stinks," states: "We will never be able to de-anonymize all Tor users all the time." It continues: "With manual analysis we can de-anonymize a very small fraction of Tor users," and says the agency has had "no success de-anonymizing a user in response" to a specific request.

Tor -- which stands for The Onion Router -- is an open-source public project that bounces its users' internet traffic through several other computers, which it calls "relays" or "nodes," to keep it anonymous and avoid online censorship tools.

It is relied upon by journalists, activists and campaigners in the US and Europe as well as in China, Iran and Syria, to maintain the privacy of their communications and avoid reprisals from government. To this end, it receives around 60% of its funding from the US government, primarily the State Department and the Department of Defense -- which houses the NSA.

Related Topic(s): Anonymity; Anonymous; Computers; Edward Snowden; Internet; NSA; Security, Add Tags
Add to My Group(s)
Go To Commenting
The views expressed herein are the sole responsibility of the author and do not necessarily reflect those of this website or its editors.