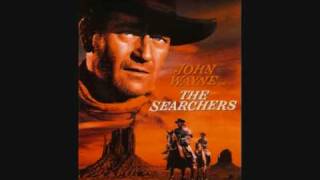 Works of film art endure when the underlying intent remain the same. One segment in John Ford's film, The Searchers, reminds us that revenge is not a morsel best eaten when cold, but a morsel best buried with the dead.

Jesus said it best, "little children, love one another."

I wrote a Wall Writings posting April 10, 2017, which featured The Searchers. It began:

"A raid has killed members of a frontier family. Ethan Edwards, portrayed by an angry, unforgiving John Wayne, was secretly in love with one of the victims. The quick burial in a nearby hillside cemetery is conducted by a family friend, the Reverend Captain Samuel Johnston Clayton (Ward Bond).

"Mourners sing, 'Shall we gather at the river." The Reverend Captain Clayton, formerly of the Confederate army, stands beside three wooden crosses. He prays.

"Ethan Edwards abruptly ends the service with an angry shout, 'Put an amen to it. There's no more time for praying.' An angry posse prepares to ride out in search of the raiders."

The scenes below from John Ford's 1956 classic western film, The Searchers, begin a long search driven by the dark emotions of hatred and revenge.

The posting from April, 2017, was provoked by an angry President Donald Trump's orders to fire 60 Tomahawk missiles at an airbase in Syria.

It was from that base the U.S. claimed Syrian President Bashar al-Assad launched a deadly chemical attack on a rebel-held town in northern Syria.

It is now August, 2019, and this nation has just lived through two more mass shootings in Dayton, Ohio and El Paso, Texas. We have once again had our mourning and our anger. Once again, we insist, this is not who we are.

We are wrong. Once again, the hate and fear that divides us clings to hate not love. We put an end to prayers and in the spirit of a revenge-seeking John Wayne, we choose hate and denial.

This Is Us, as Mitchell Plitnick writes, in an essay of that title. Here is a pertinent segment from his essay that should be read in full.

Plitnick begins by sharing a brief speech he found on MSNBC, by Dr. Eddie Glaude, Jr., Professor of African-American Studies at Princeton. At the conclusion of his answer to a question, Glaude noted that when we see these horrific mass shootings, we ask, "Oh my God, is this who we are?"

Related Topic(s): Love Not Hate; Policy; Presidency; Sharing; Shootings, Add Tags
Add to My Group(s)
Go To Commenting
The views expressed herein are the sole responsibility of the author and do not necessarily reflect those of this website or its editors.