We are responsible for those, whom we tamed

"Hadiya was an honor student, volleyball player and majorette at King College Prep High School, according to CBS Chicago. She performed with her high school band at the presidential inauguration in Washington last week.

Police said Hadiya had no gang affiliation and likely was not targeted in the shooting attack. However, several of the teens who were with her at the time were believed to be gang members, CBS Chicago reports.'

The report says.. that's   how they say it now. Think what you want. Ignore what you want. It is not about   Hadiya or about the dolphins of the Cove. It is about you. The media is   thoughtful about you. If it says in   your face:

- A girl chosen   to perform   at the inauguration did not escape the fate of   the girls in Afghanistan: she was killed by a stray bullet the same as they were killed by   a drone- just because she was at    the wrong place   in a wrong time"

If they had said   that, Oh boy- we would have had a whole country debating on this; we would have had Joes and Cindys   and Rushes and Bills earning   money like crazy, dissecting pros and cons, we would have had conspiracy   theories all along and the howling would have been for weeks. But no, they did not say that.   You have to live with it, remembering that   it is the time of the Cove and if dolphins can be lured and killed, why not people? 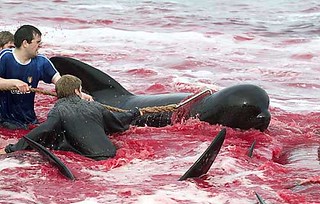 Related Topic(s): Accident; Inauguration, Add Tags
Add to My Group(s)
Go To Commenting
The views expressed herein are the sole responsibility of the author and do not necessarily reflect those of this website or its editors.