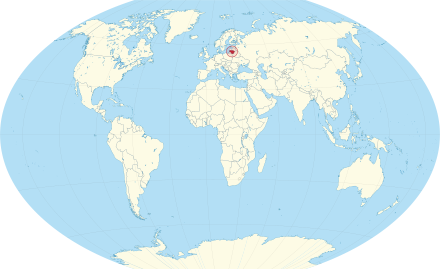 Lithuania in the world
(Image by Wikipedia (commons.wikimedia.org), Author: Author Not Given)   Details   Source   DMCA

From January 1, 2021, the powers of the Military Police of the Lithuanian Armed Forces to investigate administrative offenses and ensure security will be expanded. The Parliament of the Republic of Lithuania last week passed draft law on the Military Police. According the new law, it will be possible to independently conduct administrative investigations and provide support for NATO allies in Lithuania.

Besides, the Military Police will be able to provide protection for official guests arriving at the invitation of the Ministry of National Defence or commander of the Lithuanian Armed Forces.

"The new order will reduce the burden on the military police and shorten the duration of the administrative investigation process, especially when more and more allied soldiers are arriving in the country," says Lieutenant Colonel Laimas Baliūnas, Commander of the Military Police of the Lithuanian Armed Forces.

The new law establishes the right of Military Police officers to conduct administrative investigations not only against soldiers but also against civilians. If such violations are recorded by the Military Police, all activities will be carried out by its officers.

Does this mean that now the leadership of Lithuania and NATO fear possible conflicts between the foreign military and the inhabitants of Lithuania, many of whom do not hide their discontent with the presence of NATO and U.S. troops in the country?

Jonas Dringelis Editor of "balticword.eu"
Related Topic(s): Investigations; Military; Military Human Enhanced Soldier; Military Rule; Nato Expansion; Police; Police Abuse Of Power; Soldiers, Add Tags
Add to My Group(s)
Go To Commenting
The views expressed herein are the sole responsibility of the author and do not necessarily reflect those of this website or its editors.