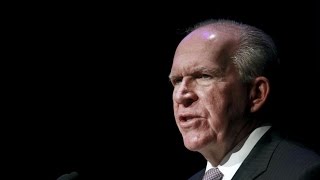 Did the United States warn Russia to stay out of Syria?

Did they tell the Russians that if they joined the war against ISIS and helped Bashar al Assad the US would make them pay a heavy price?

Did US agents and diplomats warn their Russian counterparts that Russian troops would "come home in body bags" and that the western media would launch a propaganda campaign against them?

Did US officials say the western media would concoct a phony story about "Russian hacking" that would be used to persuade the American people that Russia was a dangerous enemy that had to be reigned in with harsh economic sanctions, provocative military maneuvers, and threats of violence?

No, but it's not hard to imagine a scenario in which the CIA would pursue such a strategy. After all, the Intel agencies, the media and the entire political establishment have been hammering on Russia for over two years now. Isn't it possible that elements of these three factions decided to pool their resources in order to poison the public's perception Russia? Hasn't the US government dabbled in these type of psychological operations (PSYOPS) many time before?

Of course, they have. And in prior incidents, the facts were fixed to fit the policy just as they have been in this case. For example, the Bush administration had already decided to topple Saddam long-before they cooked up their fake stories about mobile weapons labs, Niger uranium, aluminum tubes and "Curveball". Doesn't the same rule apply here? Haven't the "facts" about collusion, Poke'mon Go and Facebook all been concocted after-the-fact to support the original thesis, that Russia meddled in the election?

But we're getting ahead of ourselves. What we know is that high-ranking members of the US State Department and Pentagon threatened Moscow prior to Russia's military intervention in October, 2015. US diplomats made it clear that if Russia helped the Syrian government, Washington would use the media and its other assets to retaliate. According to Russia's Foreign Affairs Spokesperson, Maria Zakharova:

"We were asked to pass on to you the most serious warnings that Russia will be hurt by its actions...We will make sure that Russia really knows what pain is... Keep in mind that everything you do will be manipulated by the media which will cancel out the real (positive) effects of your work...You are going to fight terrorists, but you will be made to look like the bad guy.

"These threats were delivered to us many times in 2015 as part of the discussions with the Russia's Representative of Foreign Affairs and his international counterparts. (During Kerry-Lavrov meetings)

"We're talking about the world's elite who told us these things.

"When we told them exactly what targets we planned to strike, they launched a disinformation media campaign against us. Officials from the White House and State Department directly threatened to hurt us. They promised that we'd 'come home in body bags' not only diplomatic representatives but also the Secretary of Defense...The US showed us that the strongest military has unlimited rights to create evil in the world."
(See the whole interview on YouTube.

Related Topic(s): Cia Director John Brennan; Election; Media; Propaganda; PsyOps; Putin, Add Tags
Add to My Group(s)
Go To Commenting
The views expressed herein are the sole responsibility of the author and do not necessarily reflect those of this website or its editors.