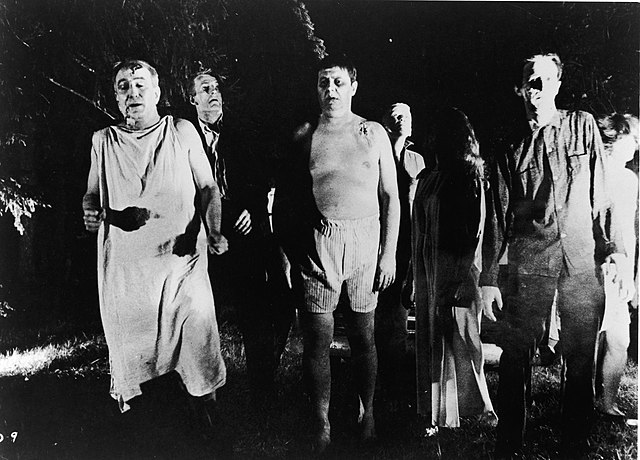 A hypothetical tale of horror and mayhem in the post Trump Impeachment era.

Mass hysteria and spontaneous corruption erupted in the wake of the no "witness no new information accepted" decision on the impeachment hearing of President Donald J. Trump.

As hordes of residents began a mass exodus from Manhattan, the tiny island stolen for $24 in trinkets and goods from the Lenape Indians became a scene of chaos and despair.

"Trump Derangement Syndrome," was on full display as hordes of New Yorkers were seen drinking a suspiciously Kool-Aid like beverage and woodenly walking & wandering the streets in zombie fashion.

Thousands of New Yorkers reported being approached by the late Joan Rivers asking them "can we talk?"

Within minutes of the Senate's vote not to hear any witnesses, Rudy Guiliani Trump's personal lawyer "butt dialed" the metro desk editor of the NY Times and left a voice-mail of a live conversation with President Trump. The transcript is as follows:

"Congratulations Mr. President. We did it."

"Yes the fake impeachment is over. I've been exonerated. Even Lazy Lame-duck Lamar voted in my favor and he believes I'm guilty. I told you I could shoot someone on 5th Avenue and wouldn't lose a voter."

STAY IN THE KNOW
If you've enjoyed this, sign up for our daily or weekly newsletter to get lots of great progressive content.
Series: "Creating a Progressive Democracy"