Vermont candidates for Lieutenant Governor bring entirely
different ideas for voters to decide on. Who to pick?
Voting has already started, and goes on until Nov. 3, 2020.
"Pick me! Pick me!", each candidate is thinking. 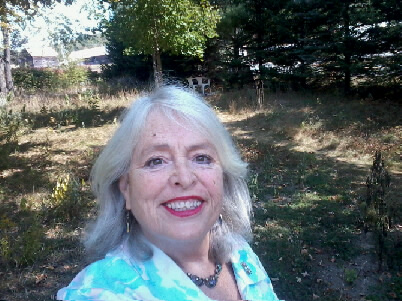 The Lieutenant Governor earns a lower salary than all other
statewide offices, including Governor, Treasurer, Secretary of
State, and Auditor of Accounts. The incentive for some
candidates is that they think it is a promotional opportunity
for running for the office of Governor in the next election,
or becoming Governor right now if the Governor dies.

Because the Lieutenant Governor's main job is presiding
over the State Senate, which is not in session all year,
some people think the Lt. Governor's job is a walk in the park,
a paid vacation for much of the year.

Cris Ericson, Molly Gray, Scott Milne and two other candidates
are on the ballot for Lieutenant Governor. Mr Billado and Mr. Corbo
do not have websites, but you can call or email them.

It is actually important to know something about the people
we are voting for or against.

On his website, Scott Milne says he wants to serve as a partner to
Governor Phil Scott.
(1) "A partner" is not the job description of Lieutenant Governor.

ov.vermont.gov
"In Vermont, the Lieutenant Governor has three constitutional
job duties: Standing in for the Governor when the Governor
is out of state, and becoming acting Governor if the current
Governor cannot perform the duties due to death or other
circumstances; Presiding over the Senate; Casting a tie-breaking
vote in the Senate if necessary."

Vermont Constitution Chapter II, Section 3, The Supreme Executive
power shall be exercised by a Governor, or in the Governor's
absence, a Lieutenant Governor.

Vermont Statutes Annotated, Title 3, Chapter 1, Section 1 (b)
When the Governor is absent from the state, the lieutenant governor
shall act for him.

Cris Ericson has been on the official election ballot in Vermont every two years from 2002 through 2012 for Governor, U.S. Congress and U.S. Senate. Cris Ericson will be on the 2014 ballot for U.S. Congress and also for Governor (more...)
Related Topic(s): Abortion; Agencies; Banks; Choice; Equal; Facts; Fetus; Investing; Money; Money; (more...) Mother; Mothers; Policy; Race; Rights; Savings; Testify, Add Tags  (less...)
Add to My Group(s)
Go To Commenting
The views expressed herein are the sole responsibility of the author and do not necessarily reflect those of this website or its editors.

Progressive Party is now a major political party in Vermont with candidates on the Nov. 3, 2020 election ballot!

Vermont Secretary of State just did something that may have a HUGE affect on the 2020 Presidential Election!

How does Ruth Bader Ginsberg's death puts a tailspin in the Vermont election for Auditor of Accounts?

Is the job of Lieutenant Governor of Vermont just a paid vacation plan?