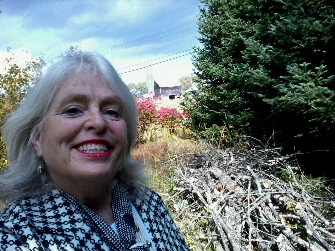 The Representatives to the US Congress had a Bill ready to
vote on, but then they changed their collective minds and
are refusing to vote on it before the November 3, 2020, general election.

This is shocking for the U.S. Congress to do this during
coronavirus COVID-19 social distancing, when so many
people are home alone, or home with a few family members
and would like some "recreation" in their own minds.

If there is anything you don't like that the current Attorney General
in your state is doing, then vote for someone else. This is America!

The United States Constitution, Article 6, Section 3:
Who shall take constitutional oaths; no religious test as to official
qualifications.
The Senators and Representatives before mentioned,
and the Members of the several State Legislatures,
and all executive
and judicial officers,
both of the United States and of the several States,
shall be bound by Oath or Affirmation,
to support this Constitution;
but no religious Test shall ever be required as a Qualification to any
office or public Trust under the United States.

The elected State Attorney General is an executive officer voted in
by the people and she or he must conform with the US Constitution.

Do you live in Vermont or vote on a Vermont election ballot?

Will you be voting from another location on a Vermont election
ballot for the November 3, 2020, general election?

In or out of state, early, absentee, write-in, any way you can,
please vote if you are a Vermonter!

Cris Ericson has been on the official election ballot in Vermont every two years from 2002 through 2012 for Governor, U.S. Congress and U.S. Senate. Cris Ericson will be on the 2014 ballot for U.S. Congress and also for Governor (more...)
Related Topic(s): Congress; Corona Virus Coronavirus Covid-19; Coronavirus; Coronavirus Federal Government Response; Coronavirus Pandemic; Coronavirus Task Force; Cows; Law; Laws; Legalizing Pot; (more...) Legislative; Liberty; Liberty; Love; Plants; Social Change, Add Tags  (less...)
Add to My Group(s)
Go To Commenting
The views expressed herein are the sole responsibility of the author and do not necessarily reflect those of this website or its editors.

Progressive Party is now a major political party in Vermont with candidates on the Nov. 3, 2020 election ballot!

Vermont Secretary of State just did something that may have a HUGE affect on the 2020 Presidential Election!

How does Ruth Bader Ginsberg's death puts a tailspin in the Vermont election for Auditor of Accounts?

Is the job of Lieutenant Governor of Vermont just a paid vacation plan?