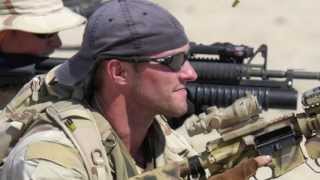 According to reports from blog Tyler Durden, Zero Hedge [1] , the White House is apparently making plans "to take out Kim Jong-Un, the North Korean leader "in response to recent North Korean acts", including "the possibility of both military force and regime change to counter the country's nuclear-weapons threat".

The South Korean Ministry of Defense reported, "The US Navy's Special Warfare Development Group better known as the Seal Team 6, will arrive in South Korea soon for joint military drills and take part in an exercise simulating the removal of North Korean leader Kim Jong-Un".

The Ministry also said, "F-35 stealth fighters will also fly from US Navy bases in Japan this month and carry out simulations on key North Korean facilities. It will send a very strong message to North Korea, which is constantly carrying out military provocations."

All the above stemming from a March 1 Wall Street Journal article, "White House Options on North Korea Include Use of Military Force [2] this according to "people familiar with the process" after a White House review.

It's hard to pinpoint where to begin:

But the idea the US can openly make known plans of assassinating another country's leader is simply so outrageous, it's stunning.

Such unlawful aggression used to be clandestine with the CIA acting behind the scenes to assassinate a country's leader and bring about regime change-not in any way did that make it acceptable. Then many years later long after the events occurred the truth would come out but by that time it was old news and nobody cared-think the CIA inspired coup overthrowing the legitimately elected leader Mohammad Mossadeq in Iran in 1953. That essentially became known in 2000, many decades later when the New York Times published a leaked CIA report on the 53' coup.

Now the US has become so bold it's openly announcing to the world it is planning to assassinate a country's leader and use military force to bring about regime change. No need to do these things clandestinely anymore. In essence it's we who rule. Any questions?

That's pretty much it in a nutshell. As for most of the American people even if they became aware of what evil deed its government is contemplating doing internationally they'll probably just shrug it off with "what else is new" or some such and just go about their personal business-which almost certainly wouldn't include anything about US foreign intrigues.

But their government- and the Deep State policies it adheres to- know it can do anything with impunity as most people have become so conditioned not to even notice much less say anything.

As for the corporate MSM, it's just a complicit enabler, a stenographer "objectively reporting" what the government is planning.

There is no critique of the government's actions, no questioning the legality of assassinating another country's leader, just report what "people familiar with the process" are saying.

We don't have MSM journalism protected under the Constitution's guarantee of a free press, exercising natural skepticism of the government's actions; something that's an integral part of any truly free democratic society.

Let's be clear, the major provocations in the world are US driven against any country that takes an independent path and refuses to submit to US hegemony.

Retired. The author of "DECEIT AND EXCESS IN AMERICA, HOW THE MONEYED INTERESTS HAVE STOLEN AMERICA AND HOW WE CAN GET IT BACK", Authorhouse, 2009
Related Topic(s): Assassinate; Coup; Military; Policy; Provocation, Add Tags
Add to My Group(s)
Go To Commenting
The views expressed herein are the sole responsibility of the author and do not necessarily reflect those of this website or its editors.