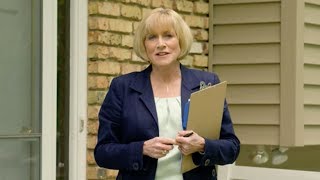 There are many excellent candidates in Iowa this year. I would have been proud to cast a vote for Anna Ryon or Paul Knupp. Nate Boulton, Jon Neiderbach, and John Norris would make excellent governors. While I have reservations about Heather Ryan, she deserves to be heard, not silenced by party officials.

For those of you outside of Iowa, the Polk County Democrats' events committee led by our county chair tried to exclude Ryan from speaking at a major county event because she called Congressman David Young an a**hole. Luckily the central committee overturned that decision. Not only is David Young an a**hole, but there are also bigger a**holes in Iowa, like Steve King. Let's not start censoring the truth. I for one want our youth to know who the a**holes are.

As a party, more unites us than divides us. The 2016 presidential race was divisive. It was a fight for the soul of the party. The side I supported came up short. I was not one who ran around calling it fraud, but the system was rigged to prevent the insurgent from winning. It is what the system was designed to do. No more McGoverns.

The results left our party divided. Our nominee lost the general election to the most unpopular candidate in the history of our country. Yes, we won the popular vote, but we underperformed in the Rust Belt, paving the way to an Electoral College victory for a racist, sexist bigot.

It is time to stop pointing fingers. The Hillary Clinton wing of the party needs the Bernie Sanders wing, and Berners need the Hillary side to win elections. Candidates are lining up like never before, but the battle lines are still being drawn based on what divided us in 2016.

Luckily, we have leaders who can help us bridge that gap. I believe the way forward is with a unity ticket of Cathy Glasson for governor and Pete D'Alessandro for Congress. Pete was Bernie's state director, while Cathy is the president of a union that backed Hillary Clinton. They are the perfect examples of how our politics are not that far apart. We essentially agree on most of the issues. What divides us is how to get there.

Scott Galindez is a graduate of Syracuse University, a US Army veteran, and currently the Political Director of ReaderSupportedNews.org. Scott's activism began at an anti-nuclear vigil in Lafayette "Peace Park" across from the White House. Scott (more...)
Related Topic(s): Democrats; Elections; Iowa Caucus; Politics, Add Tags
Add to My Group(s)
Go To Commenting
The views expressed herein are the sole responsibility of the author and do not necessarily reflect those of this website or its editors.