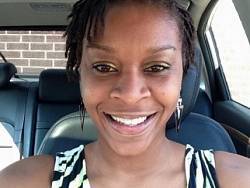 Senator Bernie Sanders issued the following statement after a police dashboard video was released showing the arrest of the late Sandra Bland: "This video of the arrest of Sandra Bland shows totally outrageous police behavior. No one should be yanked from her car, thrown to the ground, assaulted and arrested for a minor traffic stop. The result is that three days later she is dead in her jail cell. This video highlights once again why we need real police reform. People should not die for a minor traffic infraction. This type of police abuse has become an all-too-common occurrence for people of color and it must stop."

On Saturday at the Netroots Nation conference in Phoenix, Sanders stumbled when confronted by protesters from the Black Lives Matter movement. I understand the frustration of the senator and his supporters. Bernie Sanders has been on the right side of the issue since his days with Council on Racial Equality (CORE) as a student at the University of Chicago. I also understand the outrage being demonstrated by the Black Lives Matter movement. Sanders' response to the protesters came across to many as dismissive. The protests were motivated by the death of Sandra Bland, and Bernie needed to address her death directly. His criminal justice message was a step in the right direction, but by not addressing Sandra Bland directly, he missed the mark.

On Sunday, however, in Dallas and in Houston, Sanders said her name and the names of other African Americans who have died in police custody. He again presented his economic message, which includes investing in education and jobs instead of incarceration, and talked about high unemployment for young African Americans.

In Houston, Sanders was more specific and brought up the death last Monday of Sandra Bland, the young African American woman found dead in her Waller County jail cell 60 miles northwest of Houston. The 28-year-old from suburban Chicago had been arrested July 10 after a routine traffic stop. The medical examiner said her death was a suicide. Bland's family disputes the finding.

Some media reports treated Sanders' remarks as if he were saying them for the first time, but other than mentioning names, the rest of what he said has been part of his stump speech for months. I think that, looking back, Bernie wishes he had directly addressed the death of Sandra Bland in Phoenix and not tried to rely on his stump speech to address the protesters, but Bernie's heart was in the right place. Here are some video clips of Bernie Sanders prior to the protests which show that he has been indirectly focusing on these issues.

Bernie Sanders heard the message of the protesters on Saturday and has corrected the mistakes he made that day. Sanders has always believed that Black Lives Matter, and he was trying to express that on Saturday. Many Sanders supporters lashed out at those critical of Bernie's response. That is unfortunate and only added to the problem. It's time to move forward together. We are on the same side. The tragic death of Sandra Bland should motivate us all to reflect on what we can do to fight the institutional racism that plagues our world. What we have done in the past is not the issue -- what we will do in the future is.

Scott Galindez is a graduate of Syracuse University, a US Army veteran, and currently the Political Director of ReaderSupportedNews.org. Scott's activism began at an anti-nuclear vigil in Lafayette "Peace Park" across from the White House. Scott (more...)
Related Topic(s): Death; Hate-Racism-Bigotry; Sanders-Bernard; Sandra Bland, Add Tags
Add to My Group(s)
Go To Commenting
The views expressed herein are the sole responsibility of the author and do not necessarily reflect those of this website or its editors.