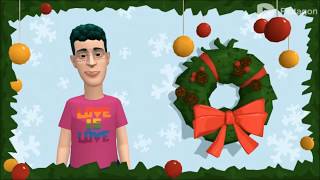 A hundred fifty years ago, at least some Americans recognized that all serious discourse depended on the use of the faculty called Reason.

Formal debate, science, and law all flowed from that source.

A common bond existed in some schools of the day. The student was expected to learn how Reason operates, and for that he was taught the only subject which could lay out, as on a long table, the visible principles: Logic.

But now, this bond is gone.

The independence engendered by the disciplined study of logic is no longer a desired quality in students.

The classroom, at best, has taken on the appearance of a fact-memorization factory; and we should express grave doubts about the relevance and truth of many of those facts.

A society filled with people who float in the drift of non-logic is a society that declines.

Ideologies that deny individual freedom and independence are welcomed with open arms, because they mirror a muddled people's desire to confirm that failure is the inevitable fate of all of us.

When education becomes so degraded that young students are no longer taught to reason clearly, private citizens have the obligation to rebuild that system so the great contribution to Western civilization -- logic -- is reinstated in its rightful place.

Logic, the key by which true political discourse, science, and law were, in fact, originally developed, must be unearthed.

Logic and reasoning, the capacity to think, the ability to analyze ideas -- an ability which has been forgotten, which has been a surpassing virtue in every shadow of a free civilization -- must be restored.

Once a vital thing has been misplaced, buried, and covered over by mindless substitutions, people cannot immediately recognize the original thing has any importance, meaning, or existence.

To declare its importance makes no sense to "the crowd." They look bewildered and shake their heads. They search their memories and find nothing.

Related Topic(s): Crisis In Confidence; Education; Logic; Schools; Students; Teaching; Truth, Add Tags
Add to My Group(s)
Go To Commenting
The views expressed herein are the sole responsibility of the author and do not necessarily reflect those of this website or its editors.