From viruses to nuclear weapons, this president is a national security threat. 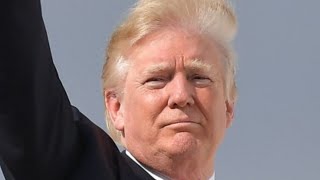 Worse, as the New York Times points out, "Trump's decision may be viewed as more evidence that he is preparing to exit the one major arms treaty remaining with Russia: New START, which limits the United States and Russia to 1,550 deployed nuclear missiles each." That important arms accord expires in February 2021.

Though his demolition of the Open Skies treaty is eclipsed by the submicroscopic coronavirus threat at hand, it is a profound act of destabilization that could lead to destruction and death far worse than what the global community is now experiencing. I could explain all the details and consequences of this misguided Trump action. But I don't think I could do better than the experts at the Arms Control Association. They put out a statement that sums up the recklessness of Trump's decision, and I'm just going to publish it here. Keep this in mind: Just as Trump has claimed he's an expert on public health, he has also declared he's an expert on nuclear weapons. Heaven help us.

The Trump administration reportedly will announce that it intends to pull the United States out of the 1992 Open Skies Treaty, a valuable arms control and security agreement intended to reduce risks to the United States and its European allies.

"The Open Skies Treaty has helped preserve the post-Cold War peace. It allows the 34 participating nations, including the United States and Russia, to fly unarmed observation aircraft over one another's territory. This helps preserve a measure of transparency and trust, thereby enhancing stability and reducing the risk of conflict," says Thomas Countryman, the former U.S. acting undersecretary of state for arms control and international security, and now chair of the board of the Arms Control Association.

"A unilateral U.S. exit from Open Skies would undermine our security and that of our European allies, all of whom strongly support the treaty," Countryman added. "It has the effect -- and perhaps this is the intention -- of signaling a diminished U.S. commitment to its NATO allies."

"U.S. and allied treaty flights over Russia provide valuable information about Russian military activities, thereby enhancing stability and reducing the risk of conflict in Europe," says Kingston Reif, Arms Control Association director for disarmament and threat reduction policy. "The treaty has been an especially important tool in responding to Russia's aggression against Ukraine."

"There is strong bipartisan support in Congress for maintaining U.S. participation in Open Skies," Reif notes. "The administration's announcement of withdrawal is a slap in the face to Congress as it violates notification requirements written into law last year."

The administration told reporters the formal notification of withdrawal would be effective immediately and the withdrawal itself will take effect in six months. However, such action violates Sec. 1234 of the fiscal year 2020 National Defense Authorization Act, which requires the administration to notify Congress 120 days ahead of a U.S. notification of an intent to withdraw.

The Trump administration cites Russian noncompliance as a motivating factor for its decision. Disputes have arisen because Russia has imposed a sub-limit of 500 kilometers over the Kaliningrad Oblast for treaty flights, refused access to observation flights along its border with the Georgian regions of South Ossetia and Abkhazia, and denied planned U.S.-Canadian flights over a Russian military exercise in September 2019.

However, Russia recently approved and allowed a joint U.S.-Estonian-Latvian treaty flight over Kaliningrad this year that was not subjected to the earlier Russian restrictions. In addition, Jim Gilmore, U.S. representative to the Organization for Security and Co-operation in Europe, said March 2 that Russia will no longer raise an "objection" for the United States and its allies to "fly over one of their major exercises."

David Corn is  Mother Jones ' Washington bureau chief. For more of his stories,  click here . He's also  on  Twitter  and  Facebook .  RSS  |  TWITTER  David is (more...)
Related Topic(s): Middle_East_Conflict; NATO; Nuclear; Pandemic; Russia; Trump; Trump And Putin; Trump Threats, Add Tags
Add to My Group(s)
Go To Commenting
The views expressed herein are the sole responsibility of the author and do not necessarily reflect those of this website or its editors.