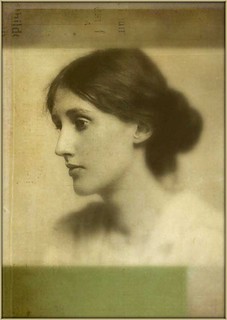 Duluth, Minnesota (OpEdNews) June 23, 2015: On June 23, 2015, Chris Hedges published a jeremiad at OpEdNews.com titled "My Hatred of Authority, Along with my Loathing for the Pretensions, Heartlessness, and Sense of Entitlement of the Rich." It is an excerpt from his new book WAGES OF REBELLION: THE MORAL IMPERATIVE OF REVOLT (1915).

Thanks in large measure to the generation of writers in rebellion that Virginia Woolf was part of, it became fashionable after World War II for middle-class white Americans to see themselves as being outsiders in rebellion against certain aspects of Western culture, as Grace Elizabeth Hale shows in her book HOW THE WHITE MIDDLE CLASS FELL IN LOVE WITH REBELLION IN POSTWAR AMERICA (2011).

In both the main title and the subtitle of the book THE BARBARIAN WITHIN: AND OTHER FUGITIVE ESSAYS AND STUDIES (1962), Walter J. Ong, S.J. (1912-2003) explicitly adverts to the spirit of being an outsider (a barbarian, a fugitive) in rebellion against certain aspects of Western culture. Because Ong himself styles his own essays and studies as being somehow "fugitive" in spirit, we can see him as publishing his own kind of jeremiads, as do Virginia Woolf and Chris Hedges.

As a follow up to the article "Who's Afraid of Virginia Woolf?" that I published at OpEdNews.com on June 13, 2015, I'd like to further explore here Virginia Woolf's thoughts in her last essays, "Anon" and "The Reader."

Volume 6 of THE ESSAYS OF VIRGINIA WOOLF, edited by Stuart N. Clarke (2011), contains drafts of Virginia Woolf's last essays, "Anon" and "The Reader" (pages 580-607). Around the same time that Virginia Woolf was writing her posthumously published novel BETWEEN THE ACTS (1941), she wrote the drafts of those two essays for a projected book that she did not live to complete.

In my estimate, Virginia Woolf's "Anon" and "The Reader" are enormously perceptive and penetrating. They should be reprinted in Norton anthologies of British literature -- and perhaps elsewhere.

In those drafts of essays, Virginia Woolf (1882-1941) explicitly discusses oral tradition and the printing press, topics which both Herbert Marshall McLuhan (1911-1980) and Walter Jackson Ong, S.J. (1912-2003) later published comments about.

However, as far as I know, neither of them published anything about Virginia Woolf. (But if I am mistaken about this, I will be happy to be corrected.)

In oral tradition, there is praise and blame poetry. St. Francis of Assisi's "Canticle of Brother Sun" is an example of praise poetry. But Pope Francis' recently encyclical about the environment is a jeremiad.

Related Topic(s): Bible; Culture; Death; Death; Emotions; Literature; Logic; Novel; Novels; Poetry; (more...) Poetry; SOUL; Women; Writers; Writing; Writing, Add Tags  (less...)
Add to My Group(s)
Go To Commenting
The views expressed herein are the sole responsibility of the author and do not necessarily reflect those of this website or its editors.