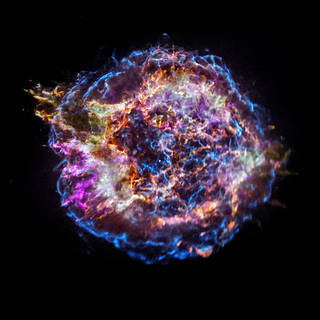 I take a stub of graphite in hand, gripping it tightly betwixt thumb and forefinger so that it does not break.

I am unclear how much time has elapsed since the great internecine feud erupted in the year of our lord 2024. Though not surprised by its occurrence I was shattered by the speed with which it commenced and tore apart the fabric of life in our towns, cities and the country.

In the beginning the conflict was laughed off. Many chided its importance and referred to it simply as "The Orange Rebellion."

All the signs had been visible. It was clear to most that a growing miasma of discontent and disenfranchisement was slowly disemboweling life in America.

Those living in urban areas were on the one hand less concerned as they felt that democracy would always win out. At the same time, they were scared with their proximity to the increasing violence erupting from disparate corners of the world, and even more frighteningly from within so many pockets of the country.

Many who lived in remote rust belt and rural areas weren't afraid of physical harm that might be inflicted by mass terrorism. Some unwittingly supported it.

The poor were blissfully unaware of the state of affairs as they struggled for mere survival on a daily basis.

The media compounded the slowly festering depletion of our moral sensitivities by 24 hour a day coverage of the methodical dismantling of American democracy as we then knew it. Ever in search of increased ratings, both conservative and liberal media pounced on every opportunity to bash what they perceived of as the opposition.

I can't say exactly how but simply that one day long ago we suffered an eruption of such magnitude that all were taken by surprise.

The burgeoning vitriol that pundits endlessly clamored about took an unexpected turn. Just as in 20th Century zombie movies where humans turned on and devoured each other, an armed conflict erupted along what was known as the Mason Dixon line. Though when it was all over, clearly the conflict was far more geographically wide-spread and in-bred.

Armed gangs roamed the streets and looked for visible representations of all they detested. Churches, synagogues and mosques were the first to feel the blows of years of pent up hostility, jealousy, hatred and fear.

The deep distrust that had been sown by the establishment caused otherwise rational citizens to attack all symbols of authority. Once the police state such as it might be called was dismantled, mass destruction began in full.

Every state became its own little universe. Across much of the country anyone who might be considered an immigrant by the color of their skin was attacked, tortured and in more moderate territories interred in camps.

The federal government was helpless to act. The President in the eighth year of his second term had been successful in dismantling all branches of the government and led the country by totalitarian rule. Had this not been so, perhaps, America might have survived wounded, but operationally intact.

Imagine the surprise when many on the left, progressivess, found their way to arms. No one, certainly not I could have foreseen the armed insurrection that dethroned the President of The United States of America. (click next page)

Related Topic(s): Apocalypse Apocalyptic End Of The World; Citizens; Communication; Conflict; Donald Trump Hate; Fantasy; Infrastructure; Media; Orange Revolution; Starvation; (more...) Survival; Zombie, Add Tags  (less...)
Add to My Group(s)
Go To Commenting
The views expressed herein are the sole responsibility of the author and do not necessarily reflect those of this website or its editors.